British vocal group Blake are saying farewell to Jules Knight as he joins the cast of Holby City as new doctor Harry Tressler.

The group’s fourth studio album ‘Start Over’, which is released on February 11th 2013, will be the last Blake record to feature Jules. ‘Start Over’ sees the band moving in a new direction musically with the former Classical Brit Award winners recording a collection of contemporary harmony pop. Now the album title is even more fitting as Jules returns to his acting routes and his band mates – Stephen Bowman, Humphrey Berney and Ollie Baines – look towards an exciting new era for Blake.

'I feel incredibly lucky to have experienced 6 fantastic years with Blake touring the world, recording and releasing albums, and even winning a Brit, all with 3 great friends. Together we've had some extraordinary experiences which I will never, ever forget. I wish them all the very best with the release of the new album, 'Start Over', and I know they'll go on to achieve further successes both here and abroad' says Jules.

Ollie adds: “We are especially excited that Jules is moving on to do something that we know he loves, and as part of a show that will allow us to watch his progress on a weekly basis. It is of course very sad when someone you have worked with for so long moves on to something new, and in this case we have not only been colleagues, but also very close friends, travelling the world together and spending nearly every day in each other’s company for six years.”

Speaking about his new role Jules says 'Having trained as an actor before Blake, I can't wait to get back to my initial acting ambitions, and get stuck into my role in Holby City, which is a programme I have always watched and admired. There are some brilliant actors on the show, and I’m looking forward to learning as much as I can from them.'

With the new album release and a worldwide tour in the works Blake are looking forward to an exciting future as Humphrey explains: “It seems so fitting that our album 'Start Over' will be the last with the current line-up, before we turn a new page in the life of Blake. It is something that all four of us are immensely proud of. Blake has always been about the sound of guys singing in harmony together, and although we are losing a great musician, line-up changes are nothing new, and this basic sound will not change.” 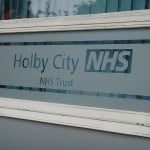 Stephen adds “The upcoming tour will be as great as ever albeit with some musical surprises. We know our fans will continue to support Humphrey, Ollie and myself as we carry on touring in the next few months and we are also all really excited about the great things we have planned and the possible search for somebody new.”

Having formed in 2007, recording and performing as a classical group, ‘Start Over’ is Blake’s first pop album and sees them embracing the challenge. The change in musical direction is in fact a natural progression for Blake who are inspired by great vocalists such as the Bee Gees, Boyz II Men and The Beach Boys, and having toured almost continually since 2009’s ‘Together’ (their third album), their live set list has expanded to include more and more contemporary material. The group discovered that the strength of their vocal arrangements and four part harmonies allowed them to interpret a widening range of songs and the reaction from their audiences reinforced their belief that they were creating something special. In addition to the ten originals on the record (including four songs by Diane Warren) Blake covered four well known songs – Amazed by Lone Star, Desperado by The Eagles, To Make You Feel My Love by Bob Dylan (and recently performed by Adele) and Beautiful Night, perhaps the least well known of the four songs, by Paul McCartney.

Blake had yet another incredible year in 2012. Their worldwide status grew as the band took their music to important new territories – China and the USA – as well as returning to the Philippines for tours in April and December. In addition to long hours in the recording studio working on ‘Start Over’ and playing almost 50 concert dates in the UK alone, the group also found time to celebrate the build-up to the London 2012 Olympics with a performance at the Gold Challenge Olympic Stadium event in April.

‘Start Over’ is released on February 11th 2013 on Music Infinity.