Coalition plans to reconsider an energy promise would hand the nuclear industry a 'blank cheque' – and force the taxpayer to hand billions of pounds over to private businesses says the Green Party.

Green Party member and energy policy expert David Toke said: ‘This is the latest confirmation that nuclear energy is so wildly expensive that private firms are not willing to risk spending money on it. We now have a situation in which the taxpayer has to pay private companies for energy, and now also has to hand over extra cash simply to make sure the same companies make a profit.’

In March 2010, the Conservative Party told the country that: ‘Taxpayer and consumer subsidies should not and will not be provided (to the nuclear industry) – in particular there must be no public underwriting of construction cost overruns.’

And on May 22 this year, Energy Secretary Ed Davey told the BBC that: ‘There will be no blank cheque for nuclear – unless they are price competitive, nuclear projects will not go ahead.’

But Mr Toke said: ‘This is the exact opposite of what the Government has told us from the start. Nuclear energy is not price competitive. It receives massive subsidies, and this measure simply means companies can charge the government for building power stations which will then make private firms money.’

The most advanced new nuclear power station plans are those for an EDF plant at Hinckley Point, Somerset, which requires an estimated Â£14bn investment to be built.

Mr Toke said: ‘This rule simply means that EDF can name a price which is far lower than what the final cost will actually be, enabling the company to receive massive payments direct from the taxpayer to give it huge profits.’

‘In 2008, the government said the cost of nuclear energy would be Â£38 per megawatt hour. But EDF is now telling the government its costs for producing nuclear energy will be Â£165 pmWh. It’s a huge increase. Well above the costs of renewable resources, such as offshore wind which costs Â£135 pmWh, and is decreasing in price each year.

‘But the government’s response is to stand by while solar energy producers go bust, and write a blank cheque for the nuclear industry. If nuclear energy is not cost-effective, we should not be using it, and if it is, then this unfair underwriting is not necessary.’ 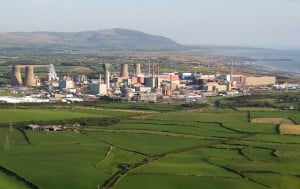 Shopping Around Can Lose Pensioners £33 Million

Oil price slump shows that whatever OPEC does, US fracking can counteract

Creative freelancers losing over £5k a year due to unpaid work