Blanket Ban on Prisoners Voting is Against Their Human Rights

The European Court of Human Rights (ECHR) has followed an earlier ruling and declared that a blanket ban preventing ten prisoners from voting infringed their human rights. The court did however stop short of awarding the ten claimants costs and compensation.

The actual point at issue here is that while the government has a full blanket ban on any prisoner voting it is deemed to be acting unlawfully. Options have been put forward for some prisoners, such as those at the end of a sentence or those serving only short sentences, to be allowed to vote. That would then remove the blanket ban problem.

But removing the blanket ban could be the first step in  along series of legal cases until all prisoners are allowed to vote, whatever their crime or punishment.

One side believes that those convicted of a crime gave up their right to vote by their actions and these decisions should be made by the elected representatives of the people. Whilst others argue that prisoners are still ‘human’ so should be afforded all the rights of a ‘human’ and that the UK needs an external court to keep it in check.

A Ministry of Justice spokesman said:

"The Government has always been clear that it believes prisoner voting is an issue that should ultimately be decided in the UK." 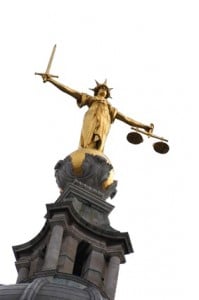 "Were it not for the current doubt surrounding UK membership of the EU, I am sure the ECHR would have pounced. But they are well aware in the run up to a General Election where EU membership is a key battle, that a firm ruling on such a sensitive issue would have left the British public even more disenfranchised.

"It seems to me that the ECHR are baring their teeth but not quite biting on this issue, for self-serving reasons. It is inevitable judging by the small print of this decision that the battle has only just begun and the push to give prisoners the vote, or award them with compensation, will resume as soon we take our eye off the ball.

"To conflate a human right with a civic right is to miss the point of protecting the most vulnerable in society and instead open up the law to abuse by people who wilfully disobey rules designed to protect us all. The British people rightfully feel strongly on this issue and firmly believe in justice system and do not want to see it exploited or undermined."