For two weeks this September, a gallery in Tate Modern’s collection displays will be transformed into a ‘domestic interior’ – a theatre setting which functions as an installation, part of a new commission by artist Paulina Olowska. Combining visual arts, theatre and performance, Olowska’s project is the latest in Tate Modern’s ongoing performance series BMW Tate Live.

Decorated with wallpaper, hand-painted murals and furnished with wardrobes, tables and chairs, a semblance of domestic space is conjured within Tate Modern’s Poetry & Dream display. These furnishings will sit alongside paintings by artists such as Henri Matisse, Dora Carrington, Pablo Picasso and André Derain. During the day the installation will function as part of the free displays, while in the evening it will become the stage for a new theatre play devised by Olowska.

Based on The Mother An Unsavoury Play in Two Acts and an Epilogue by avant-garde Polish artist and playwright Stanisław Ignacy Witkiewicz, Olowska’s performance will portray the dysfunctional relationship between Janina Eely, a matron, and Leon Eely, her good-looking and clean-shaven son. Two professional actors will play the role of the mother and the son, while Olowska’s friends and collaborators take on characters including the maid, the prostitute, the aristocratic party boy and the suspicious individual. The story takes place in a bourgeois setting in which hallucinations, schizophrenia, alcoholism, madness and drug addiction turn into surrealist mayhem. 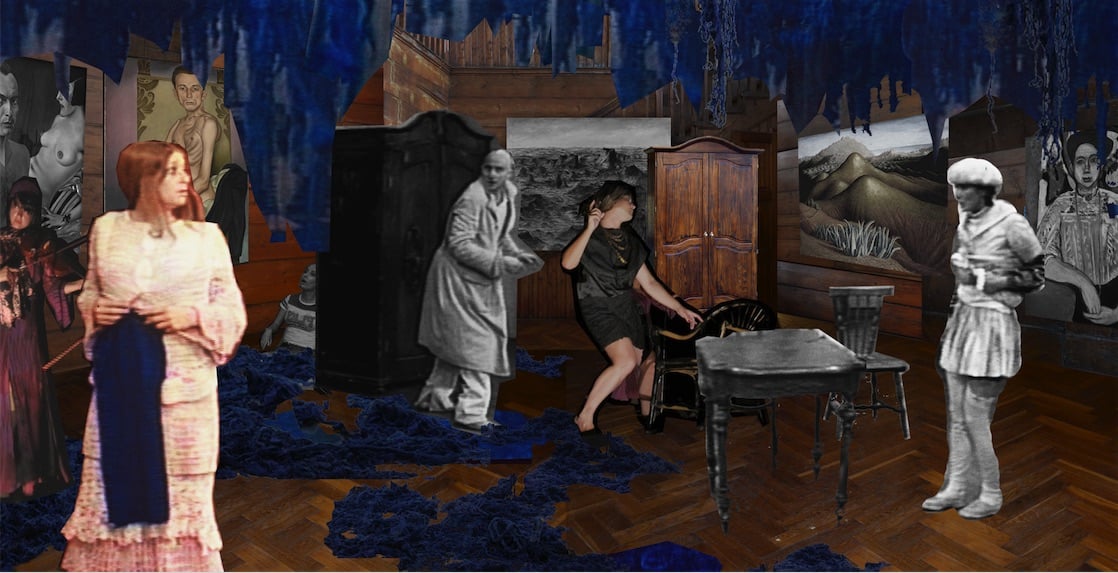 Working across painting, performance, installation and also curating, Paulina Olowska’s work often focuses on forgotten figures of feminism, minor histories and popular aesthetics, quoting fashion photography, agitprop posters, graffiti, periodicals and signage. She has recently shown solo projects and exhibitions at the Stedelijk Museum, Amsterdam; Kunsthalle Basel; Zacheta National Gallery, Warsaw; Carnegie Museum of Art, Pittsburgh; and she is the Aachen Art Prize recipient for 2014. Olowska and the artist Bonnie Camplin presented Usher We at Tate Modern in 2008, and her film Welcome to the Exhibition 2005 was screened in the Tanks as part of the symposium Performance Year Zero: A Living History in 2012.

The BMW Tate Live programme explores the diverse ways in which artists approach live performance in the 21st century, whether in the gallery or online. Throughout the programme artists collaborate across dance, film and other art forms. Now in its fourth year, BMW Tate Live is a major partnership between BMW and Tate, curated by Catherine Wood, Senior Curator, International Art (Performance), Tate Modern and Capucine Perrot, Assistant Curator, Tate Modern.

BMW Tate Live: Paulina Olowska is curated by Catherine Wood and Juliette Rizzi, Assistant Curator, Tate Modern and produced by Judith Bowdler, Production Co-ordinator, Tate Modern. Performances of The Mother An Unsavoury Play in Two Acts and an Epilogue will take place at Tate Modern on 21, 23 and 25 September 2015.

Creeping Flesh – The Skin I Live In