Boilers could break the bank this Christmas

Research by Saga Home Emergency Service shows that more than a quarter of people have experienced a boiler breakdown in the last five years, and with some people expecting this winter to be the worst since 1947 – this number could only get worse.

Watching TV in layers of clothes, three pairs of socks and huddled under blankets presents a bleak picture, but it's the cost of repairing boilers that could cause chaos – especially close to Christmas. While the average boiler repair costs around £400, one in ten over 50s say they have had to fork out more than £1,500 to fix their boiler after it went into meltdown.

People aged 35 to 44 have had the least luck when it comes to boilers, as a third say they have had to spend money on parts or repairs in the last few years. Perhaps this is because they are one of the least likely age groups to service their boiler regularly (59%). 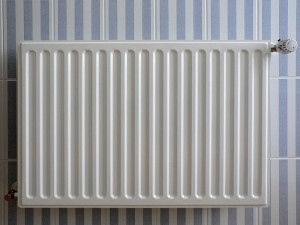 Will your radiator be warm this Christmas? Image by Bios

Roger Ramsden, chief executive, Saga Services, commented: "When we asked people what would ruin their Christmas, half of people said their boiler breaking down. In fact, people were more worried about boilers going into meltdown than burning the turkey or giving the worst present. No one can predict when something is going to go wrong, but having the peace of mind that help is at hand if there is a home emergency this Christmas can relieve some of the worry at a particularly busy time. Even on Christmas Day our customers can call our emergency helpline."

The Saga Home Emergency service has helped over 50s with many home emergencies, from burst pipes to broken boilers. Saga is currently offering Defaqto 5 star Home and Heating Emergency cover free for a year with Saga Home Insurance policies.