Jeremy Corbyn's victory has landed the biggest political gamble ever, say bookmakers William Hill, costing the industry a million-pound plus payout after his odds went from 200/1 no-hoper to 1/20 red hot favourite.

'I am unaware of any betting market, let alone a political one, in which a contender has gone from 200/1 odds, at which price Ethan Parker staked £10 (stake £1 to win £200) to 1/20 odds (stake £20 to win £1). It is unprecedented.' said Hill's spokesman Graham Sharpe. 'The gamble has cost William Hill alone a six figure sum, and with up to a million pounds gambled industry-wide it will be the biggest political betting payout ever'

Can Corbyn survive to lead the Labour Party into the next general election? 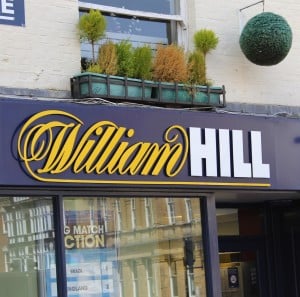 William Hill offer odds of 7/4 (stake £4 for £7 profit) that Jeremy Corbyn WILL lead Labour into the next General Election, and 2/5 that he will NOT. William Hill have lengthened the odds for Labour to win an overall majority at the next Election from 7/2 to 9/2 (stake £2 for £9 profit) .The Conservatives have been cut from 6/5 to Even money (stake £1 for profit of £1) to win again by an overall majority, with a Hung Parliament offered at 11/8.

Ethan Parker was the first political punter to bet on Jeremy Corbyn to become the next Labour leader with William Hill – snapping up their initial odds of 200/1 to a £10 stake. The Blackburn man is now £2,000 better off as a result, and explained why he placed the bet: "At 200/1 I couldn't resist. I felt it was going to get ridiculous, Labour were going to bury themselves and there was a potential cash reward just for watching it unfold! If you're certain something will happen, what do the odds matter?".