The Howard League for Penal Reform and English PEN have released a letter from an official at a Ministry of Justice agency, that responds to the books for prisoners campaign and a request to meet with the Lord Chancellor and Secretary of State for Justice, Chris Grayling.

The request was sent by the Howard League, English PEN, the Poet Laureate Carol Ann Duffy, Ian McEwan, Julian Barnes and Mark Haddon, following letters in the press signed by over one hundred of the country’s leading authors.

The campaign is calling on the government to end restrictions which prevent families and friends sending books, underwear and other essentials to prisoners.

Tens of thousands of people have shown their support for the campaign by signing a petition and sending photographs of bookshelves to the Ministry of Justice’s Twitter account using the hashtags “#shelfie” and “#booksforprisoners”.

The campaign has received media coverage across the world and the government’s stance has also been condemned by international writers and former prisoners of conscience.

In the letter, the official responds on behalf of Ministry of Justice ministers and effectively refuses a meeting to discuss the campaign and the impact of changes to the Incentive and Earned Privileges (IEP) scheme.

“It is atrocious that government ministers will not even meet with the Howard League to discuss our concerns. I am particularly disappointed that this response refers to an open letter to myself which was released to the media one weekend without the Lord Chancellor even having the grace to notify me beforehand.

“I do not want to engage in a media stunt with the Lord Chancellor in visiting a prison as I, like most writers, have already visited prisons and indeed wrote the foreword to an edition of the PEN Prisoners Writing Anthology.

“What I and other authors want to see is government ministers taking our concerns seriously and engaging positively and publicly with the Howard League and English PEN to address the issues we have raised.” 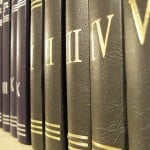 “What does it take for government ministers to discuss legitimate concerns from campaigners and some of the country’s leading authors?  Despite the overwhelming public response to the books for prisoners campaign, it appears that the Ministry of Justice wishes to shut its eyes and ears to what has become an international scandal.

“I am afraid it is not so easy to shelve our campaign.  If ministers at the Ministry of Justice will not hear our case, and rely on repeating dubious justifications that have been comprehensively trashed in the media, then we will look to take our concerns to Downing Street.”

“We’re extremely disappointed by the government’s response and its failure to agree to a meeting. This is a snub to some of the country’s most outstanding authors who have demonstrated their commitment to the campaign.

“The rationale for the ban has already been shown to be flawed – both on grounds of security and in relation to the claim that there is sufficient access to books within prisons. It’s dismaying that ministers are impervious to an issue that has created an international as well as a national outcry.

“I doubt that the campaign’s supporters will be convinced by the response or prepared to give up the fight.”

Nicola Solomon, Chief Executive of the Society of Authors, said:

“We fully accept that there must be controls on parcels coming into prisons. However, it has clearly been possible in the past to allow parcels of books into some prisons and to restrict that simply to create uniformity across the system at the level of the lowest service currently provided seems unduly punitive and counter-productive.

“We understand that, in many prisons, access to library facilities does not comply with the statutory minimum. Furthermore, we learn that book stock in many prisons is poor, often damaged or out of date, and that inter-library loan requests are often slow or not actioned at all.”

Labour candidate accuses the Queen of being a parasite