Responding to the Ministry of Justice statement on books for prisoners, released yesterday (20 February), Frances Crook, Chief Executive of the Howard League for Penal Reform, said:

“If the Ministry of Justice allows prisoners to be sent credit from outside, then why on earth would they ban friends and family from sending in books and insist instead that prisoners must buy the books themselves?

“The reality is that most prisoners on an ‘entry’ or ‘standard’ regime will be allowed no more than £10 or £15.50 a week, which means that almost all a prisoner’s weekly allowance would be spent on just one title. Even the most ardent book lovers tend not to spend all of their weekly wage on what they read.

“Over the last year, because of shrinking prison budgets, staff cuts and increasing numbers, prisoners have been spending even longer in their cells without access to facilities such as libraries. 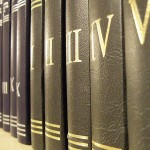 “It is common for prisoners to spend 20 hours a day in their cells during the week. At weekends they can be cooped up from Friday lunchtime until Monday morning. Conditions have deteriorated so much in recent months that this has become a major concern.

“In those circumstances it is the little things that make a difference. Being able to read a book is a lifeline and a way of nourishing the mind.

“As families and friends are now forbidden from sending basic items into prison, prisoners are sitting in stinking cells, wearing dirty clothes, with nothing to do and not even a book to read. We urge the government to reconsider this draconian measure.”