Speaking at the annual charity fundraising dinner for Norwood the Mayor of London, Boris Johnson, called the Occupy London protesters ‘crusties bivouacking in the precincts of St Paul's’ who were engaged in a ‘thoroughly maddening protest against capitalism’.

He also called on judges to have the ‘cojones’ to outlaw the tented camp and rule that they were obstructing the highway.

It’s actually a bit of a pity that he felt able to use a fund raising dinner for such a worthwhile charity to put this political point across. (More on Norwood here.)

Well, he does need them cleared well ahead of the Olympics doesn’t he?

The Occupy London movement hit back saying that the London mayor was out of touch and had, according to one protester quoted in the Guardian, "completely failed to capture the mood of the country". 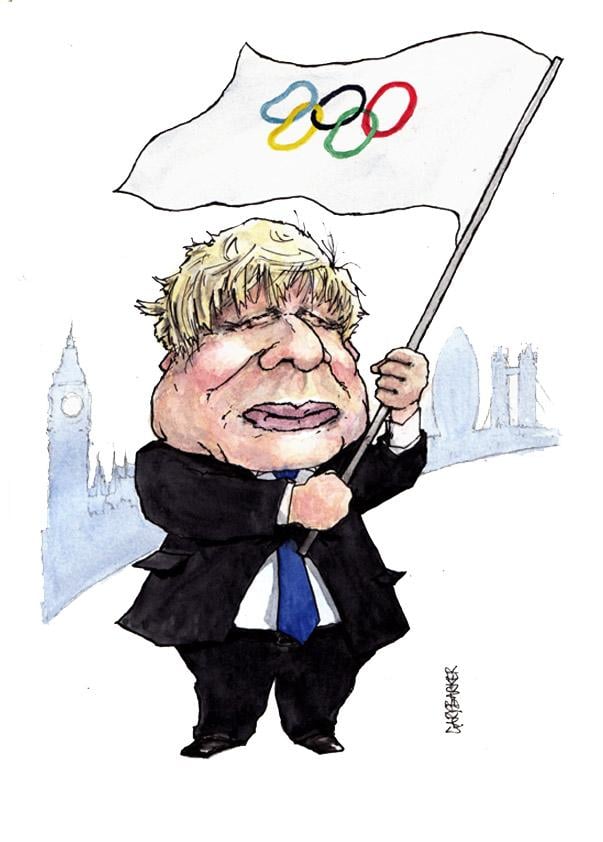 It was also pointed out that Boris had spent the bulk of his time in meetings with bankers as opposed to talking with ordinary Londoners.

The ‘Occupiers’ also held a small peaceful mock "thank you party hosted by bankers to show their appreciation for all the support that mayor Boris Johnson has given them over the past year". Dressing up in top, hats, bowlers, pig masks and fake moustaches the protesters today drank sparkling wine and chanted "We love you Boris" outside City Hall before Mayor's Question Time.

But why is it that Boris Johnson has either fallen for, or chooses to accept and support, the notion that the protesters are ‘anti-capitalist’. That would be like calling anyone who protested at the time against the old German Democratic Republic ‘anti-democracy’. The ‘Occupiers’ are just against a system that calls itself capitalist but is really nothing of the sort.

Did you also know that North Korea calls itself ‘The Democratic People's Republic of Korea’? What does that make people within it who protest and fight against it? Anti-democratic?

What we really have in place in the UK it seems is a form of corporate fascism, or else why do most politicians (especially ministers) only converse with the rich and powerful for 4 years and 364 days out of every five years (the one remaining day being a general election)?