BP announced its financial results for the third quarter of 2013 yesterday. Underlying replacement cost profit (see note 1) for the period was $3.7 billion, compared to $2.7 billion for the previous quarter. Operating cash flow in the quarter was $6.3 billion.

Consistent with its commitment to maintaining a progressive and sustainable dividend policy, BP also announced that it will increase its quarterly dividend by 5.6%, to 9.5 cents per ordinary share, payable in December. Moving forward, BP's board intends to review the level of dividend with the first and third quarter results each year.

Bob Dudley, BP Group Chief Executive, said: "In 2011 we set a clear target for operating cash flow in 2014 and we are confident in its delivery. The strong operational progress we are now seeing across the group, combined with our focus on disciplined investment, also underpins our confidence in growing long-term sustainable free cash flow and being able to increase shareholder distributions. Today's announcement is a further demonstration of this."

Dudley said that "in line with continued capital discipline, we expect BP's capital spending in 2014 to remain around the level expected for this year, in the range of $24-to-$25 billion." He added that the company also intends to continue its programme of focusing its business portfolio worldwide around BP's key assets and strategic strengths and as a result expects to divest a further $10 billion in assets before the end of 2015.

Proceeds from these divestments – which will follow on from the $38 billion divestment programme completed over the past three years – are expected to be used predominantly for additional distributions to shareholders, with a bias to share buy-backs. Earlier in the year, BP announced an $8 billion share buy-back programme following receipt of the net cash proceeds of around $12 billion from the divestment of its share in TNK-BP and, as of 25th October, has spent $3.8 billion repurchasing shares for cancellation.

Total reported production of oil and gas for the quarter, including Russia, was 3.17 million barrels of oil equivalent a day (boe/d).

BP's Downstream segment reported underlying pre-tax replacement cost profit of $0.7 billion. The segment continued to deliver a strong operating performance, with refining availability maintained above 95% for the fifth consecutive quarter. However refining margins were significantly weaker than the second quarter this year due to high gasoline stocks, and Petrochemicals continued to see subdued market conditions.

BP reported underlying replacement cost profit for Rosneft of $808 million compared to $218 million in the second quarter, which was the first full quarter in which BP held its 19.75% stake in Rosneft. Higher Urals oil prices, a favourable duty lag effect and strengthening of the rouble against the dollar during the quarter benefited the result, partially reversing the negative impacts of these factors seen in the second quarter. During the quarter BP also received a dividend of $456 million for its interest in Rosneft. BP's share of Rosneft oil and gas production in the quarter was 965 thousand boe/d.

In the quarter BP announced two significant exploration discoveries – in the East Nile Delta offshore Egypt and in the Cauvery basin offshore the south east coast of India. These followed an earlier significant discovery, announced in May, in the KG D6 block offshore India. 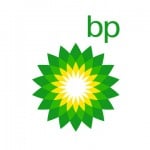 So far this year BP has participated in 12 completed exploration wells and a further eight wells are currently drilling; the company expects a total of 16-18 exploration wells to be completed in 2013. Earlier in October, BP reached agreement to farm-in to three deepwater exploration blocks offshore Morocco, representing another significant addition to the company's Atlantic Basin exploration portfolio.

BP is seeing strong production from its new major Upstream projects, in particular from Skarv in Norway and PSVM in Angola, which both came on stream in December 2012. During the quarter, production began from BP's third major project start-up of 2013, the Woodside-operated North Rankin 2 project in Australia. This followed the start-up of Angola LNG and Atlantis North in the Gulf of Mexico during the second quarter. The Chirag Oil project in Azerbaijan is expected to come online before year end. Development of the five new projects scheduled to begin production in 2014 remains on track.

The major modernisation project at the Whiting refinery in Indiana, US, has continued to bring units on stream since mid-year, including the gas oil hydrotreater and the larger of two sulphur recovery units. The final unit to be commissioned, the 100,000 barrels a day coker, is planned to be brought online during November. This major investment transforms Whiting into one of the key feedstock-advantaged downstream assets in BP's portfolio and underpins the ability to deliver increased cash flow in 2014 and beyond.

BP intends to present its financial outlook further into the decade in the first quarter of 2014.

The second phase of the MDL 2179 trial in New Orleans completed on 18 October. BP does not know when the Court will issue a ruling on the issues presented in the first two phases of the trial. The next phase, in which the court will consider the penalty factors set out in the Clean Water Act, is expected to take place in 2014.

On 2 October, following BP's appeal regarding the interpretation of the framework relating to business economic loss (BEL) claims in the settlement reached with the Plaintiffs' Steering Committee (PSC), the US Court of Appeals for the Fifth Circuit issued a ruling reversing the Claims Administrator's interpretation of the settlement, remanding to the District Court for further proceedings and directing the District Court to issue a temporary injunction that suspends payments to claimants affected by the misinterpretation issue and who do not have "actual injury traceable to loss from the Deepwater Horizon accident."

Pending implementation of the Fifth Circuit's directions, there is now significant uncertainty as to the amount of BEL claims which have been processed but not yet paid and that will be determined to be payable in the future. BP has therefore derecognised the provision that had been made for these claims. The charge taken for those elements of the PSC settlement that BP considers can be estimated reliably has therefore reduced to $9.2 billion. BP will continue to revisit the provision in future quarters. $19.3 billion of the $20 billion Trust fund has now been paid or assigned, leaving $0.7 billion 'headroom' unassigned.

The total cumulative net charge to BP's accounts related to the Gulf of Mexico oil spill now stands at $42.5 billion.