A protest took place this morning over Britain’s “gas grabs” and its complicity in human rights abuses in Algeria at an an investor conference in London attended by high-level government & business executives from the UK and Algeria.

Twenty protesters with banners reading “BP and the UK: Bankrolling crackdowns on democracy in Algeria” and “Don't sacrifice human rights for Britain's gas grabs” gave leaflets to the attendees of the conference as they entered the London Stock Exchange.

Arranged by UCI International (a consultancy organisation), UK Trade & Investment (UKTI) together with the Algerian Embassy in the UK and the British Embassy in Algeria, the “Algeria Investor Window” provided a space for government-business deals away from the public eye. The event publicity materials explicitly promoted investment into the highly controversial Trans-Saharan pipelines that would exacerbate conflict in a fragile region and cause untold environmental damage.

The Algeria Solidarity Campaign (ASC) and oil and gas industry watchdog Platform and Campaign Against Arms Trade have also released a new report accusing BP and the UK of a “gas grab” and collusion with a repressive regime in Algeria that has been subject to local and international criticism for human rights abuses and stifling movements for democracy over the course of many decades.

• Britain is pursuing a “gas grab”, in which gas supplies are locked into the British grid, regardless of consequences for Algerians

• Britain has been expanding its arms sales to Algeria, despite intense human rights abuses and fraudulent elections

• BP is intensifying its close relationship with the Algerian regime

• Amidst major corruption scandals, Britain has lobbied for better deals for British companies

“The Algerian regime, lacking in popular and democratic legitimacy, is seeking to deepen its relations with Western capitals such as London. Deals being made at this investor conference in London directly contribute to the longevity of an authoritarian and repressive regime at the expense of the human rights of the Algerian people. The British establishment is prioritising its fossil fuel interests and arms industry at the expense of pro-democracy movements in Algeria. The British government should have learnt its lesson from the events of the Arab uprisings. ”

“Britain’s “dash for gas” is not only a disaster for the climate, it’s also actively supporting repressive dictatorships like that in Algeria. UK Foreign Policy seems to be almost entirely driven by the agenda of securing access to dirty fossil fuels abroad while turning a blind eye to human rights abuses of the regimes they’re willing to do business with.” 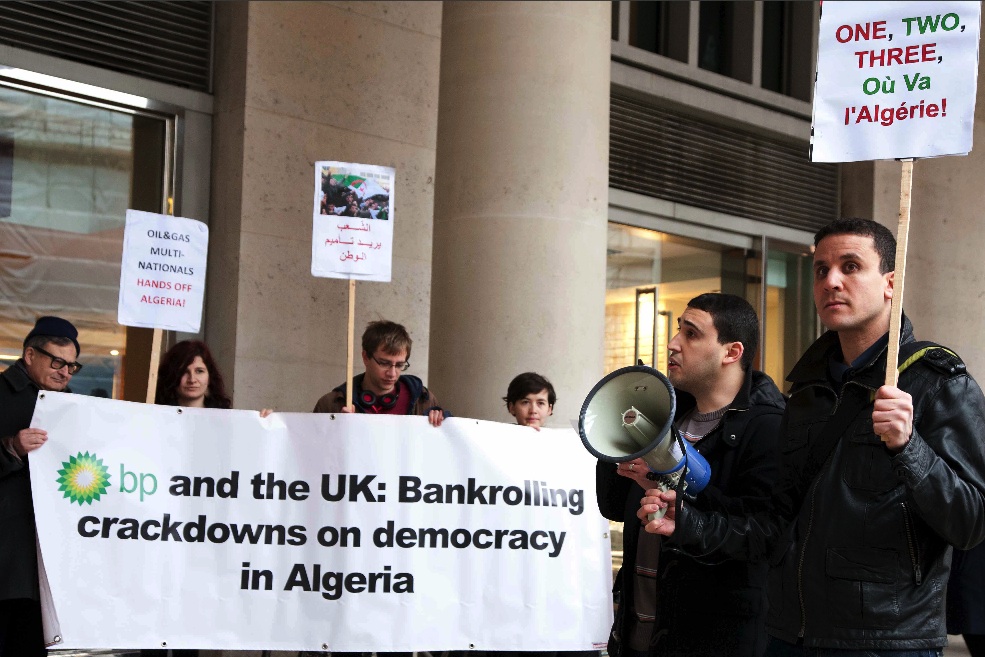 A Strong Brand Britain But Under Threat From Scottish Independence