The British Property Federation’s (BPF) annual conference will hear today that after several months of stabilisation and marginal economic growth in 2013, the UK real estate sector believes there are signs of improvement not just in London, but across the UK.

The financial crisis has been characterised by large scale interest in property in the nation’s capital – particularly from overseas investors – while the regions suffered credit drought as lending organisations shied away from property outside London.

But with schemes like Manchester Airport City, one of the UK’s largest development projects, and even Battersea Power Station finally getting off the ground, there is a growing sense of optimism.

Chris Grigg, Chief Executive of British Land and President of the British Property Federation, said: “A week may not seem a long time in property, but in this market, a few months certainly does. We have seen a real thawing in market conditions of late, and not just in London. The UK economy has done better than the pessimists predicted, and there is undoubtedly more bank finance out there now. Meanwhile, domestic and international buyers have started to run the slide rule over more real estate outside as well as inside the capital.

“On the other hand, we are by no means out of the woods yet. UK economic growth remains low and unemployment painfully high. The challenge to our industry is startling: we must provide relevant space for occupiers whose needs are often changing, and do it at a time when capital markets are still patchy. Government faces a similar challenge: to provide world class infrastructure on a tight budget.”

Paul Brundage, Executive Vice President, Oxford Properties Europe, said: “We are interested in opportunities in some of the more mature markets in Northern European countries like Germany and France, and if the right investment or development prospect comes up we would certainly look to invest here. As a Canadian business, our approach to investment outside of London and the UK would be similar to that which we employed when entering the London investment market in 2008. If and when we look to expand our reach into Europe, our preference is to have a team on the ground – so that the benefits of our global platform can be underpinned by sound local knowledge. This approach has been central to the success of our UK investment strategy and the expansion of our UK portfolio to date.”

Karen Campbell, Airport City Director, Manchester Airports Group, said: “Our promising Â£650m project sits at the heart of Manchester’s Enterprise Zone and is set to create 11,400 jobs over the next 10 to 15 years. It will be the largest development scheme in the UK since the Olympics. We are developing the first Airport City of its kind in the UK and we aim to compete on an international level with other 'aerotropolis' projects, such as those in Amsterdam, Frankfurt and Copenhagen. Manchester Airport is already a recognised growth area and the perfect location for a project such as this. It will provide a huge boost for local employment, the region’s construction industry and local supply chains.” 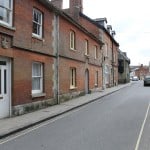 Mark Payne, Partner, Cliffard Chance LLP, said: "Inbound foreign investment into the UK continues to be dominated by investors from Asia. We are also seeing new market players from the Eurozone, particularly private equity funds and high net worth individuals. Sovereign wealth funds from many parts of the world continue to keep us busy and are eager to add London assets to their real estate portfolios. The best properties attract a lot of competition and the reputation of the buyer and its advisers really matters"

Robert Tincknell, Chief Executive Officer, Battersea Power Station Development Company Limited, said: “London is a global city and it attracts buyers from all over the world. This has long been the case, but over recent years we’ve seen increasing demand from Asia, Russia and elsewhere in Europe. Without doubt investors are persuaded of the economic case for investing in London, but when it comes to selecting where to buy they are drawn to projects which have a clearly defined identity and are really woven into the fabric of a wider community. In that respect they aren’t much different from domestic investors and it’s still the case that domestic investors have accounted for the largest percentage of sales in London.

“The relative financial stability we have seen in the UK has helped London maintain its market advantage, particularly compared to the Eurozone. Similarly the tax and legal frameworks we have in place mean that the UK continues to be well-placed when it comes to benefiting from overseas investment and the economic growth that brings.”

David Atkins, Chief Executive, Hammerson plc, said: “As one of few specialist players in the retail sector, operating on both a regional and international level, we are well placed to share our findings on the trends we are seeing impacting on the real estate industry, the growth of multi-channel, the impact of local and national government policy and provide examples of where retail is winning and why.“

Why Opportunity Abounds Where the Rest of the Market Isn't Looking

Retail Administrations Down 6% On Last Year