The British Property Federation (BPF) has called on government and the insurance industry to address the uncertainty and lack of fairness in its Flood Re proposals following yesterday’s ‘insurance summit’ at Downing Street.

As the Water Bill progresses through the House of Lords, the BPF is urging government to reconsider its plans to exclude leasehold and private rented properties from the Bill. It points out that if the government wants to protect homeowners from unpredictable flood insurance premiums, it should not pick and choose the areas of the residential market that it includes.

Data from the Leasehold Knowledge Partnership estimates that there are at least 800,000 leasehold properties in England that are in flood risk areas, with 70,000 of those at high risk. Over 4m private rented properties in the UK will also be excluded from the deal between the government and the insurance industry.

Leasehold and private rented sector properties will be excluded from affordable buildings insurance as they are classed as ‘commercial’ properties by the insurance industry. They will be eligible for contents cover under the new scheme, but not buildings cover, which includes the external fabric of the building, the internal walls, and permanent fixtures including kitchen units, pipes and cables. The ABI argues that leaseholders will be able to get the same access to affordable flood insurance as those who live in freehold properties, but will not provide the guaranteed affordability it is providing on houses to flats.

“Flood Re is about guaranteeing flood cover affordability to householders and that should include all of them. Flat owners are householders and should get the same guarantee as those who own houses. Instead we are creating a two-tier system, where people who live in houses get a guarantee, and those in flats don’t. 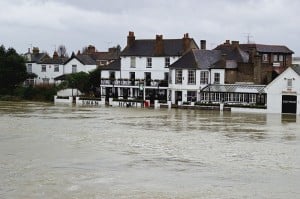 “Recent events have shown all too clearly that flood does not discriminate, so nor should the insurance industry. At the end of the day there is no justifiable reason to exclude leaseholders from Flood Re simply because they own a flat rather than a house. And it isn’t fair to exclude almost 4m PRS properties – Flood Re is supposed to provide flood insurance to households, so all households should be included.”

The BPF is currently supporting amendments being tabled in the House of Lords that will extend affordable flood insurance to those excluded groups and is urging Parliamentarians who care about small businesses, housing supply and homeowners to support them.

The new proposals at present exclude:

The Plentiful Opportunities I Still See in the Social Media Sector