Bread and circuses. We’ve now had a very successful circus in the London 2012 Olympics, but that was all it really was; a very expensive and lavish event that made us all feel better for a short while.

But now to the bread. A harsh drought in the USA and Russia combined with wetter than normal weather in western Europe is causing poor wheat and corn harvests.

The hottest July since 1936 in the USA will lead to a 13% drop in corn (maize) production the US government has said. This will be the lowest since 1995-1996. Corn prices already rose 23% in July according to the FAO food price index.

In Russia bread prices are expected to rise by 5%-10% later in the year says the Russian Grain Union President Arkady Zlochevsky.

And in Britain the result will be more expensive wheat, which has already increased from Â£180 a tonne to Â£256 a tonne over the last few months, and therefore bread prices will increase.

So the already under pressure household budgets will come under further strain. This is probably bearable in the richer nations of the world but could push many millions around the globe further into starvation.

It does not help that by national law 40% of the US corn production must be diverted to ethanol (fuel) production rather than being used for food.

Some of these crops are also used for feeding livestock, so we may see other foodstuffs such as meat increase in price as well.

But another point to note about the US corn production is that this year sees the largest planted area for corn since 1937. It is also a full 5% more acreage than in 2011. So the weather has impacted far more than the production figures alone indicate.

The adversely dry weather has had a devastating effect on US corn production. “Mostly dry weather and brutally hot temperatures carried over into the first part of July in much of the Midwest, and corn conditions continued to decline rapidly. As of July 15, only 31 percent of the corn crop was reported in good to excellent condition, 35 percentage points below the same time last year.” says the report.

But it won’t just be the weather that affects these prices. The rising use of food price speculation may well see commodity speculators stepping in where they can to make an extra buck, which will of course put further upward pressure on prices. You know the sort of people; they don’t care if a few hundred thousand children starve as long as they can get a bigger yacht next year.

Just last year we saw riots caused by spiking food prices, which came so soon after the 2008 protests. And according to this piece written last year we have until 2013 to reverse the upward trend in food prices or social unrest will sweep the planet. 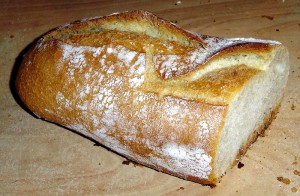