Camilla Kerslake and BLAKE featuring the ‘Sing to Beat Breast Cancer’ Choir ‘You Raise Me Up’ – released October 14th 2013 – 50 pence from each download of the single will be donated to Breast Cancer Campaign.

The Sing to Beat Breast Cancer Choir featuring Camilla Kerslake and vocal trio Blake release the new single ‘You Raise Me Up’. The single is being released on October 14th in aid of Breast Cancer Campaign during Breast Cancer Awareness Month.

Breast Cancer Campaign is a charity that is very close to Camilla’s heart. In June 2011, three months after her critically acclaimed second album ‘Moments’ was released, Camilla chose to step out of the limelight when her mother Deborah was diagnosed with breast cancer. After a year caring for her mother, Camilla began tirelessly campaigning both for the Royal Marsden, who saved her mother’s life, and many breast cancer charities whose research enabled them to do so. As an ambassador for Breast Cancer Campaign, Camilla was asked by the charity to record a single to help raise awareness of the lifesaving research that the charity funds.

“When my mother finally regained her health, after nearly 2 years of operations, procedures and a string of debilitating complications, my first thought was 'what can I do to repay the people who saved her?’. Having been asked by Breast Cancer Campaign to record a single for them I knew I had to choose a song that would be relevant. ‘You Raise Me Up’ is an incredibly poignant, yet uplifting song about what you can achieve when someone you love supports you. I chose it because, in a way, it reflects the struggle our wonderful survivors’ choir and cancer sufferers everywhere and their families face daily. The song’s message is one of hope, strength and unity; traits we must all employ in the ongoing fight against breast cancer.”

The members of the Sing to Beat Breast Cancer Choir are women from across the UK who have all been directly affected by breast cancer in one way or another. The majority of the women have themselves been diagnosed with breast cancer and a number of them are still undergoing treatment. Speaking about the choir Camilla said “I wanted to create a choir of women directly affected by breast cancer because I believe both music and a sense of belonging can be immensely healing. I wanted to share the joy I feel on stage and provide them with an enjoyable way to give back. I cannot state fully enough how proud I am of all that the choir has achieved, they have overcome the most horrendous odds, joined together and raised their voices in song to save future generations from the ravages of breast cancer.”

Having first worked with Blake when they performed Nessun Dorma together at the 2010 Classical BRIT Awards, Camilla has invited Blake, Humphrey Berney, Ollie Baines and Stephen Bowman, to collaborate with her on the single. “We are thrilled to be singing on the single and were honoured when Camilla asked us to be part of something that is so very close to her heart. We all personally know people who have been affected by breast cancer and having heard about Camilla’s mother’s battle with cancer and what her family have gone through we wanted to be involved and to try and make a difference.” 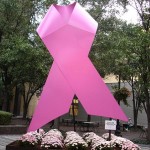 Throughout October Camilla will be joining Blake on their ‘Live In Concert’ tour, where together they will perform ‘You Raise Me Up’ as well as dueting on ‘The Prayer’, ‘Time To Say Goodbye’ and ‘Jerusalem’. Audiences can expect an evening of great music and entertainment from Blake, whose stunning harmonies and rat-pack banter have been entertaining audiences around the world. As well as classic songs from their three previous chart-topping and award-winning albums the trio are looking forward to performing songs from their new album ‘Start Over’ whilst Camilla will be performing songs from her eponymous debut album.