Brian Sewell is turning his critic's eye on a new kind of target: Air France – the only major airline in the world that still ships thousands of monkeys a year to laboratories, where they're caged, poisoned, cut into and killed.

In a letter sent on PETA's behalf to Alexandre de Juniac, the chair and chief executive officer of Air France, Sewell compares his cancer treatment to the "suffering that animals in laboratories endure" – something that Sewell writes, he wouldn't wish "on my worst enemy, let alone on innocent animals."

"The monkeys your company continue to fly to laboratories are snatched from the wild and torn away from their families," writes Sewell. "Once they reach their deadly destinations, monkeys are routinely mutilated, crippled, poisoned, deprived of food and water, infected with painful and deadly diseases, psychologically tormented and later killed – even though most findings from experiments on animals are simply not applicable to humans."

Sewell joins a growing list of animal experts and celebrities – including Dr Jane Goodall, Peter Gabriel and James Cromwell – who have teamed up with PETA (whose motto reads, in part, that "animals are not ours to experiment on") to call on Air France to stop transporting monkeys to laboratories and laboratory suppliers, like a leading monkey dealer exposed in a disturbing new PETA US video investigation. 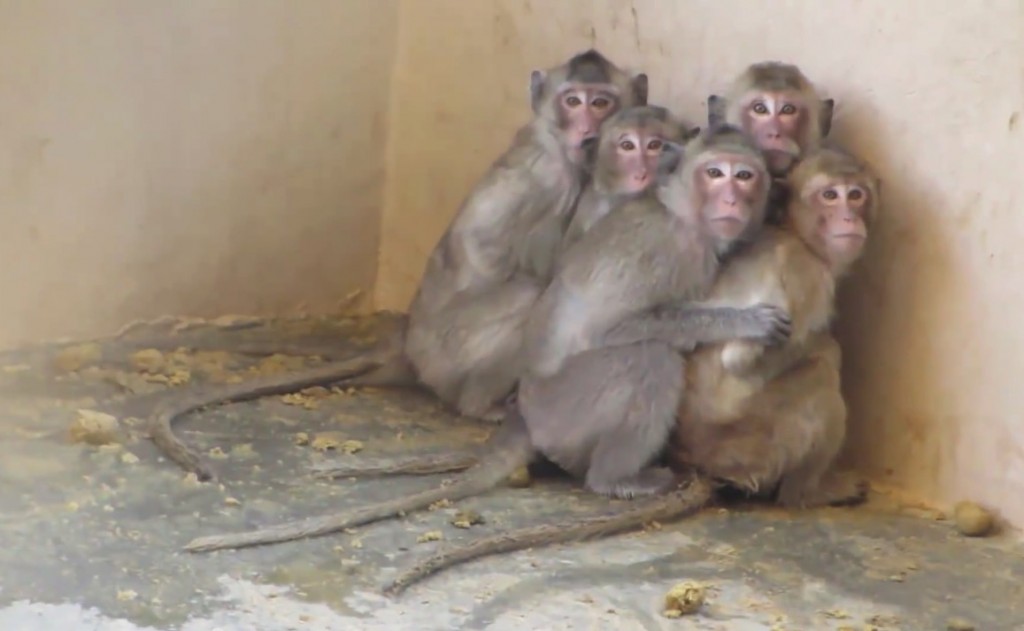