Adzuna calculates the affordability of areas by looking at average entry-level salaries for the top 50 cities in the UK using their comprehensive search index of over 500,000 job ads. This data is compared to property asking prices and typical mortgage multiples for first time buyers across the UK to produce an “Affordability Index” for graduate house hunters.

The study shows that rising UK house prices (+2.3% 2012-13) and stagnating average salaries (-1.3% 2012-13) has resulted in some of the most difficult market conditions in years for young people looking to get a foot on the property ladder. The South of the country dominates the top 10 list of most unaffordable cities – Chichester, Guildford and Southampton join Brighton as the worst places to buy in Britain. Londoners’ higher graduate incomes mean it is only the 8th least affordable place to buy in Britain.

Belfast & Glasgow are the most affordable cities for Britons on entry level salaries. The research shows that up to 30% of homes for sale in these cities are within reach for graduates earning an average salary and qualifying for a typical mortgage. Major university city Edinburgh boasts some of the highest advertised entry-level salaries in the UK, but only 7% of homes are within financial reach for local first-time buyers.

Graduates in full time work looking to rent and flatshare should head to the Middlesbrough and Durham where the cost of renting a 2 bed property is less than a third of average monthly take home salary. Middlesbrough (1st), Glasgow (2nd) and Hull (3rd) are the most affordable places in the UK for new graduates to rent property.

It’s bad news in Guildford, Chichester & Winchester as those earning an entry level salary are almost completely priced out of the market – only 3% of rental properties are within budget. London remains the most unaffordable city to rent in the UK despite London weighting and the highest graduate wages in Britain. Graduates sharing a 2 bedroom flat in Central London should expect to pay over £1,000 per room.

Flora Lowther, Head of Research at Adzuna, said “It’s becoming very clear that although unemployment levels are dropping in the UK, companies are keeping a lid on salaries – particularly for entry level jobs. This wage stagnation coupled with house prices in Britain rising 2.3% in the last year has resulted in tough times for university leavers around the country looking to buy and rent. Graduates should arm themselves with job and property market data when considering their first career move.” 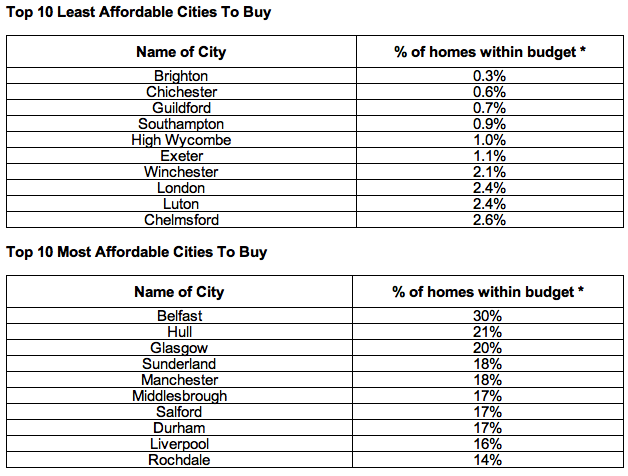 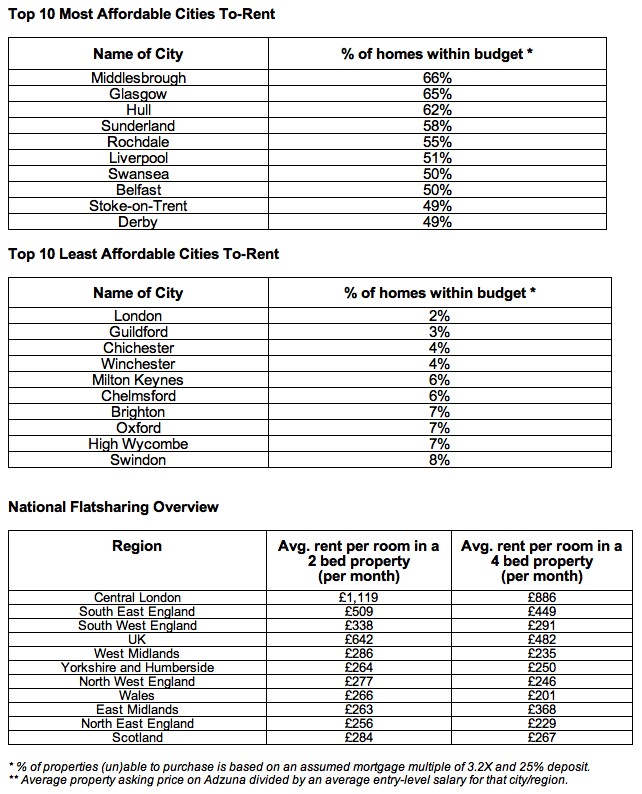 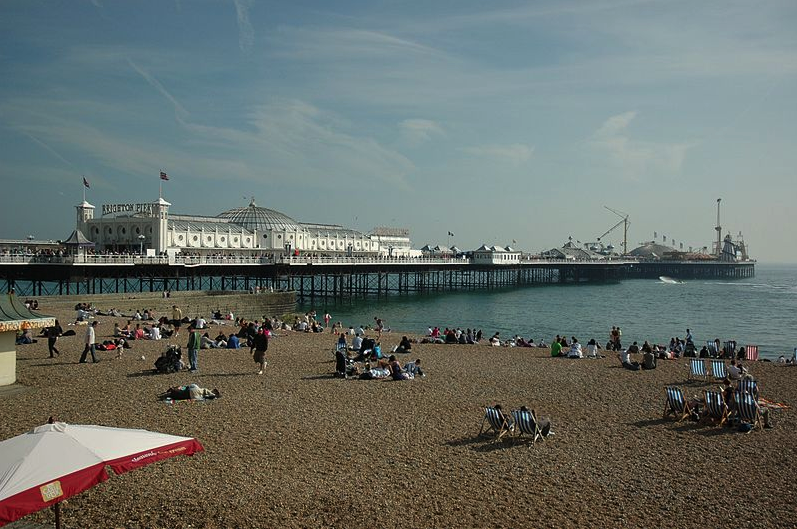