It is well reported that the London residential market is now dominated by international buyers. Investors buying away from their local markets due to political instability and increased taxation continue to plump for London with its ‘safe haven’ status. A weakening sterling is further increasing this international demand.

There is a conspicuous appetite from many of these investors for new-build developments. According to Savills, over 60% of all new-builds are bought by international investors, increasing to 88% for properties over Â£5m in Prime London Central (PLC). But with February alone seeing over Â£300m spent on London new-builds, are overseas buyers making sound investment choices?

Investors pay a premium for new-build properties, in large part due to the massive marketing hype which surrounds these new developments. In PLC, the average price of a new-build reached Â£1.7m in February 2013 – Â£650,000 more than for an older property in the same area, according to HM Land Registry data analysed by London Central Portfolio (LCP). These developments are often home to some of the UK’s most expensive purchases and in the first quarter of 2013, 3 of the top 10 most expensive acquisitions took place in London’s most prestigious new developments:

Many overseas investors, however, look eastwards to developments in the Docklands and Canary Wharf, where properties have a much more appealing price tag. 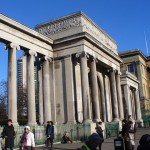 “These properties are marketed en-masse at glamorous property exhibitions as speculative investments, particularly targeting unsophisticated buyers in Asia. They are bought off-plan in what can only be described as a feeding frenzy. This method of selling negates the hassles of searching and travel and new-builds also offer modernity which local Asian markets associate with ‘high-end’” comments Naomi Heaton, CEO of LCP.

However, chronic oversupply of these new-builds results in dramatically suppressed yields and suppressing prices. Canary Wharf has seen 30,000 new units developed since 2000, in stark contrast to the 500 or so units a year in Central London. Prices are just one third of those in the heart of the Capital and the units have limited re-sale potential once they are no longer new and the Asian buyer has moved on to the next marketing phenomenon.

With PLC excluded, the average price of a London new-build in February stood at Â£318,981 – an 8% premium over older properties. However, average prices of new-build properties only grew 0.37% over a year. Older properties in Greater London, on the other hand, have shown a far superior appreciation of 7%, rising from Â£277,916 to Â£296,667.

“Whilst there is clear appetite for brand new properties from less sophisticated new world economies, these investment choices should be entered into with care. Investors are paying a premium for newness, which by implication has built in obsolescence. At re-sale, units in big schemes can only compete on price. In the meantime, the rush of identical properties coming on to the market for rental means landlords are all vying for tenants at the same time, with a resultant downward pressure on rents” adds Heaton.

Whilst London residential has undoubtedly become a reserve currency for the international elite, investors should be more cautious of where and what they buy. Older properties might need refurbishment, but investors undertaking this can benefit from an immediate uplift in value, rather than paying a premium to a developer.

“Flats and houses in London’s classical terraces and quaint mews are difficult to find but offer much greater long-term potential. They do not come off a production line; they are one-offs with their scarcity value underpinning price growth. This is a rare case where ‘age is a virtue’” concludes Heaton.