Between today and January 28 every Green party member or sympathiser in Europe over the age of 16 will have the opportunity to have a direct say in selecting the two leading Green candidates for the 2014 European parliament elections.

Each of these candidates has won support from at least four European Green parties to proceed to this point of the selection.

• Rebecca Harms, co-president of the Greens/EFA.

A list of the parties that backed them can be found here: http://europeangreens.eu/news/bov%C3%A9-frassoni-harms-and-keller-contend-green-primary

Green Party leader Natalie Bennett said: “This primary is an experiment in extending European democracy well beyond its former limits.

“It will be the first-ever pan-European primary election, a chance for 16 and 17-year-olds to influence a vote from which they are otherwise excluded, and we hope will provoke a wide debate not just about the contenders but about the possibility of giving citizens a much broader say in European decision making.

“I’m pleased that while other leading groups in the European parliament are expected to pick one person to be their leading ‘face’ of the campaign – all of them predicted to be male – the European Green Party has maintained its tradition of joint leadership, and its insistence on a female presence of at least 50%.

“I’ve just been in Brussels where the four candidates were introduced to the European Green family. They make an impressive field, and I’m confident there’s going to be considerable interest in them, and in this innovative, groundbreaking process. I’m really looking forward to the London hustings on January 18." 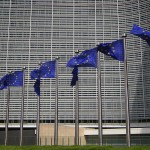 How does it work?

The online vote opens today. Everyone living in the EU, who's above the age of 16 and who shares Green values (ticking a box to so indicate) can register and vote online, until January 28. Debates will be held around Europe to give voters the chance to see the candidates in action. One of the hustings will be in London on Saturday, January 18 at the ICO Conference Centre, Berners St, W1 from 2.30-4.00pm.

On Twitter the debate will take place through #greenprimary