• Pester power could reach heights of the Beanie Baby phenomenon

• Stores prepare for rush when they go on sale from today

A new craze to rival Tamagotchi, Bey Blades, Beanie Babies, Pokemon and Cabbage Patch Dolls is set to sweep Britain from this week with the introduction of Disney’s new Tsum Tsums.

The cuddly toys, based on popular Disney characters and sold exclusively at Clintons stores from yesterday morning, have proved such massive hit with children and teenagers in Japan and the United States that they have sold in their millions.

The toys are supported with a Candy Crush-style game, downloadable for iPhone and Android phones. Higher scores are reached as more Tsum Tsums are eliminated. As they progress through the game, players collect Tsum Tsums which then offer special abilities and in-game help. Since its launch the Tsum Tsum app has topped the Apple and Android charts in Japan and has been downloaded more than 14 million times.

In Japan there were chaotic scenes as the craze took hold, with millions of the tiny toys selling out in days.  When the toy was introduced in America Disney stores found themselves having to restock straight away after desperate parents emptied the shelves. 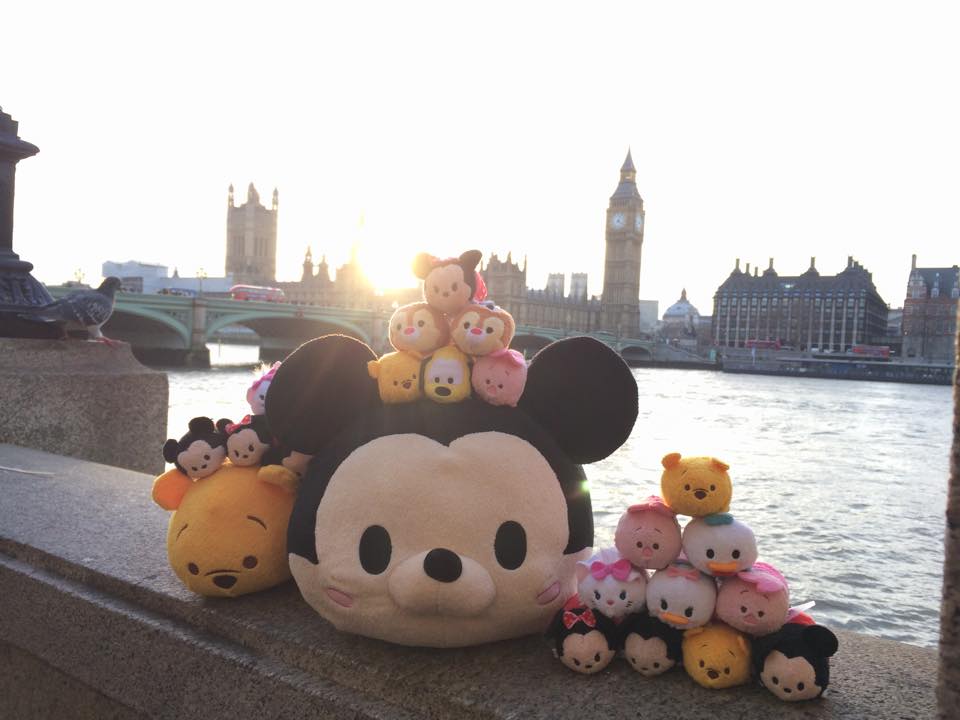 Part of the toys’ appeal is the way in which they can be stacked and arranged to fill any space, similar to the famous scene in the film ET when he hides in the toy cupboard.  Instagram, Pinterest, Facebook and Google are awash with images of fans’ collections, arranged in their rooms.

“We’re expecting a mad rush when the toys go on the shelves here,” said Clintons spokesman Tim Fairs. “This definitely brings back memories of Beanie Babies, Pokemon and Bey Blades.”

The Tsum Tsums (pronounced ‘tsoom tsoom’ and translated from the Japanese meaning ‘stack stack’) are collectable toys of varying sizes that children place one on top of another.

When Beanie Babies were introduced in Britain in the mid-nineties, children couldn’t collect enough of them.

So popular were the toys that when production ceased in 1999 there was a consumer backlash, and the toys were re-introduced. They have since become such collectable items that some of the rarest are being put up for sale on eBay with price tags upwards of $4,000.

The Pokemon craze went on to generate a staggering $40 billion in revenues for the creators. 100 million Beanie Babies were sold.

‘Tsum Tsums have all the ingredients of a mammoth craze.  They’re based on well-loved Disney characters, they have a game to support them, there are different characters in different sizes and they’re very appealing,’ said Clintons’ Tim Fairs.