The staunch Europhile ex deputy prime minister and long term supporter of the Euro, Lord Heseltine, said on the BBC’s Politics Show that “I think we will join the Euro”.

This declaration by the Tory Grandee comes straight after the German finance minister, Wolfgang Schauble, said last week that the UK would join the single currency “faster than people think”.

Lord Heseltine said that, even though it had problems, the ‘chances are’ that the Euro would survive due to the sheer determination of the Germans and the French to maintain its ‘cohesiveness’.

The UKIP leader, Nigel Farage, also speaking on the Politics Show, responded by saying that the Mediterranean countries should leave the Euro. ‘The whole thing is failing.’ He said ‘It is going to break up’.

But actually both may well be right.

The Euro in its current form will almost certainly fail, but out of the ashes the French and Germans would create a new ‘Super-Euro’, a more powerful Eurozone that does not have the weaker countries’ economies holding it back.

And that is the real danger for the UK.

A caucus of strong countries with Germany and France at the centre would then dominate the EU. The individual countries in the Eurozone could act in concert pooling their voting rights on the council of ministers to force new laws through that could jeopardise the UK’s position in the world. They could for example impose rules on the City such as a Tobin tax or prevent them dealing in Euro based derivatives, as has been widely touted already. 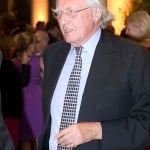 But the real threat to the UK retaining sterling is actually from the British people themselves. Yes, that’s right; the British people will allow it. Maybe not today, but sometime in the future and Schauble could be right, it could be sooner than any of us think.

When the Euro resurfaces as a powerhouse currency it will be out of step with the UK economy. Each will boom and bust at different times. At some stage the Eurozone will leave the UK behind and the call will come – ; ‘we must join the Euro now or be left behind forever’ (people have short memories so will forget any good times). Then coupled with the claims that holidays will be cheaper and that we will all lose our jobs, Labour, Conservative and LibDems alike will decide that we must join, all of course backed by big corporations and banks.

While the UK is seen to hold its own, national pride may keep the pound as the UK’s currency. But as soon as a recession appears, as it will as sure as night follows day, the public’s view may very quickly change. And once in we’re stuck with whatever is handed down to us.

And in the interim, while the UK is in the EU but not the Eurozone, it will be continually hammered anyway. Unless we decide to leave the whole shooting match of course.