Following news today that India's central bank has unveiled new rules that will allow foreign banks to expand their presence in the country, Duncan Lawrie Private Bank, which already has a presence in India, comments on the future prospect of UK financial institutions moving into the region.

"There is a certain duality to India at the moment. On the one hand we can see some great opportunities in the country, and lowering the barriers to entry for foreign financial institutions is a logical step for the Indian Central Bank. On the other India remains tied by an infrastructure that is in dire need of investment and a languishing currency which perpetuates the stagnation of the economy.

"The new Governor of the central bank, Raghuram Rajan, has a lot of respect and support and is viewed in a very positive light across the country. This mandate has allowed him to start to initiate change in order to deal with some of the inherent problems in the Indian economy, most notably inflation. 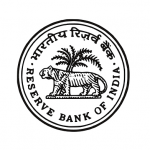 "Foreign banks have long wanted to boost their profile in India. Having established a presence there ourselves, we have seen significant growth from a society where entrepreneurialism is thriving and where economic change is on the horizon.

"Encouraging British banks to come to India is a stride in the right direction for the country, but the UK's economic ties with India are still weak. Rupee depreciation, visa issues and economic instability remain fundamental barriers in the short term. Correct these and the country is very capable of bringing in the banks it desires."