The decline of seaside tourism is a key driver of insolvencies, with Blackpool and the ‘English Riviera’ of Torquay among the highest levels out of 348 towns

Seven of the Top Ten areas for personal insolvencies are in seaside towns in 2016 as the British coastal industries and tourism continue their declines, says Moore Stephens, the Top Ten accountancy firm.

The top spot out of 348 towns for personal bankruptcies was Torquay, with 43 insolvencies per 10,000 population, compared with national average of 19.7. Other high insolvency coastal areas include Scarborough – third worst at 38.2, Hull seventh at 35.8, and Plymouth and Blackpool, eighth and tenth worst respectively at 35 and 34.6.

Moore Stephens explains that key tourist areas such as Torquay, otherwise known as the ‘English Riviera’, and Blackpool, often struggle with high levels of insolvency as they lack the economic diversity of larger cities, and are still too reliant on low-spending domestic tourists for employment. 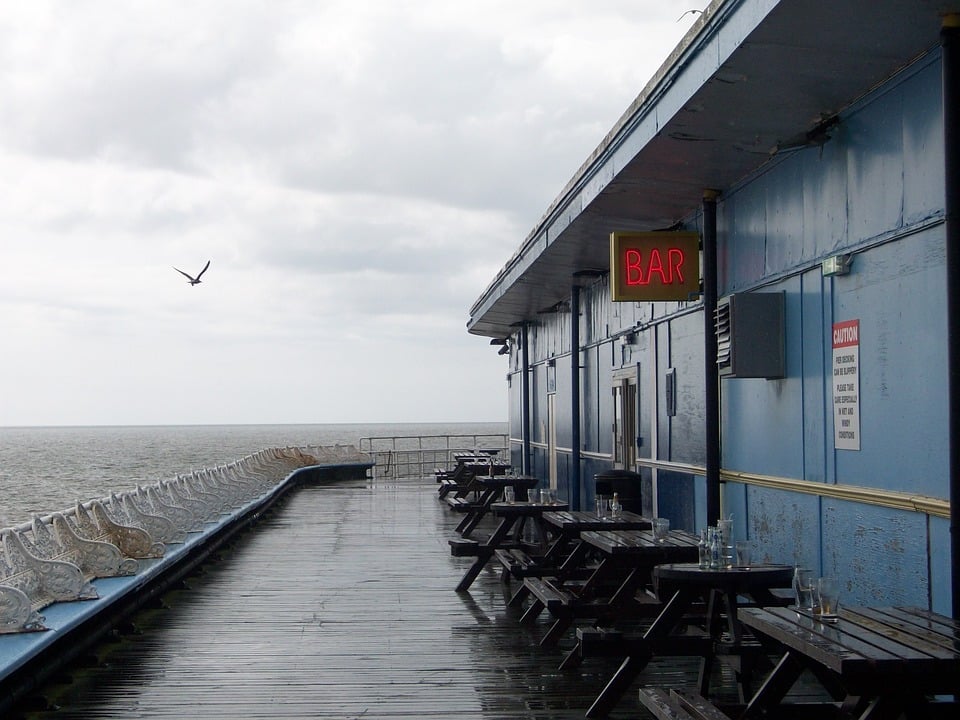 Moore Stephens says coastal areas are making efforts to regenerate their economies by moving away from reliance on tourist spend, as the popularity of seasonal tourism dwindles. After Brexit, Brits taking ‘staycations’ were expected to increase, but issues with bankruptcy in these towns remain.

In addition, many of the UK’s traditional holiday destinations are finding that a large proportion of local entrepreneurs and highly educated young people are relocating to more prosperous and diverse areas, such as London.

Stubbornly high unemployment rates in the more industrial coastal towns, such as Hull and Plymouth contributes to high insolvency rates. The shipbuilding and fishing industries have been declining for decades, leading to substantial long-term unemployment.

“Bankruptcy in the more run-down of the British seaside towns has become an epidemic.

“As seaside tourism declines, there is less chance for these areas to reinvent their image as exciting, vibrant places for business to thrive. High levels of debt show the underlying fragility of those economies and the low levels of accumulated wealth in these towns.

“As the fishing industry and other traditional coastal trade have declined, people in seaside towns are continuing to fall into debt as the local economy in these areas fail to keep up with the rest of the UK.

“This is despite the expected rise in the number of ‘staycations’ taken by Brits after the weakening of the pound after Brexit.”

Moore Stephens says that despite many seaside areas having high insolvency rates, larger coastal towns such as Brighton and Bournemouth are bucking this trend. Insolvency levels for these are respectively 17.0 and 18.4 per 10,000 of adult population – below the national average. 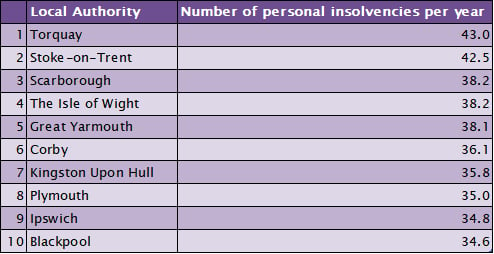