New analysis from global currency business Centtrip reveals that across ten popular 'ski currencies', Sterling is up against six of them compared to a year ago. 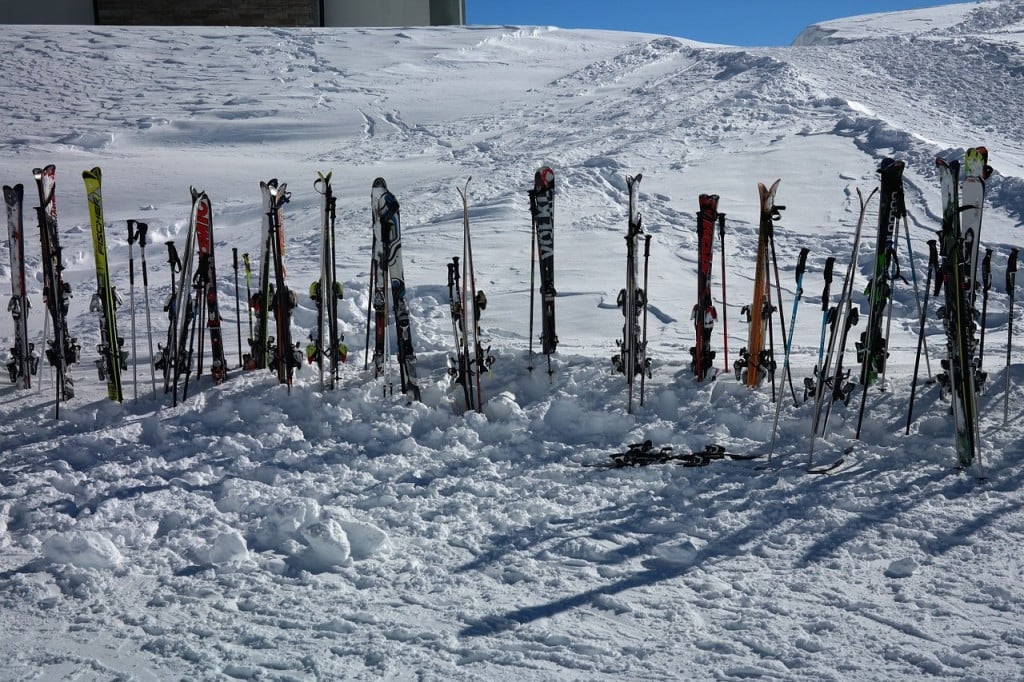 In total, around 1.5 million Brits go skiing or snowboarding every year and they spend over £1 billion doing this. Centtrip's analysis reveals that, due to favourable exchange rates, those taking £1,000 in spending cash to Canada and Norway will be better off to the tune of £119.40 and £77.52 respectively when compared to a year ago. In Switzerland, they will be £68.03 better off, and in Poland the corresponding figure is £21.81. 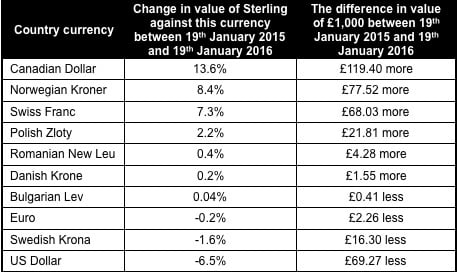 Centtrip, who offer a prepaid MasterCard® offering 14 currencies simultaneously on a single card providing direct access to live 'spread free' market exchange rates, also found that inflation in the UK last year was 0.23%, but in five of the ten countries analysed there was deflation, so Sterling would be worth more here than it was a year ago.  During this period, Sweden, Bulgaria, Poland, Romania and Switzerland all saw deflation.  Norway, Canada, the US and Denmark all had higher rates of inflation than the UK, providing a negative impact on the spending power of Sterling.

"With the ski and snow board season now underway, our research shows that depending on where you go, you could see a huge difference in terms of far your money goes when compared to this time last year.

"We're also seeing people become smarter with the way they buy their currency to ensure they truly get the best deal avoiding unnecessary and hidden charges. With Centtrip's transparent fees and access to buy currency from the live market, we are empowering our customers to secure a highly competitive rate when they buy their foreign currency.  The rate we get is the rate we give you."

Centtrip customers pay one fixed annual fee of £10 and 0.5% of the value of funds loaded to their account.  Thereafter, they can convert across the 14 currencies, free of any spread, as often as they want direct from the live market with 0% authentic rates.

In addition to spread free exchange rates, no charge for point-of-sale transactions in the UK or abroad and a fixed international ATM fee of £1.60.  The Centtrip card also offers the convenience and confidence of the MasterCard brand accepted at over 35 million locations and 2.1 million ATMs worldwide.

Renting vs Buying: Knowing the Pros and Cons

Pound looking wobbly again as we enter a key week