In the period April to June 2013, 56 per cent of SME business leaders expressed confidence in the current UK economic climate, a marginal increase from 54 per cent in the first quarter. 20 per cent of SMEs, however, believed that the UK economy has improved in the last six months, up from 9 per cent the previous quarter. Of these, the vast majority of businesses (83%) believe that this improvement is sustainable, despite citing macro-economic concerns.

Furthermore, 86 per cent of SMEs believe that the general business environment in the UK will either improve or at least stay the same in the near future, which is indicative of the optimism that has been felt by larger businesses in recent weeks.

Whilst domestic conditions may be improving for British SMEs, the research found that the global economy remains a top concern for 76 per cent of businesses that trade with overseas buyers and suppliers.

The International Trade Monitor also revealed that British importers and exporters are concerned by cheaper competitors (63%) and currency volatility (59%). In the first half of 2013, sterling has fluctuated against the dollar and euro by over 9 per cent and 7 per cent respectively.

“It is clear that we are still a long way from a full recovery; small business owners understand that more time is needed after six spluttering years of economic turmoil.

“Whilst good weather and sporting success have had an impact on consumer confidence, businesses are by no means out of the woods yet. SMEs will be wise to do what they can to mitigate against the increased volatility in the currency markets.

“The UK's economic recovery is still fragile. Businesses cannot afford to get too complacent.” 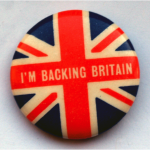 Despite 75 per cent of SMEs saying that the majority of their export market lies in Europe, the research found that Eurozone instability is an ongoing concern for the UK’s SME importers and exporters, with only 13 per cent believing that conditions in the Eurozone will improve by the end of the year.

Moreover, one in three (31%) said that the Eurozone crisis will have an adverse impact on their business in the future. The impact of Europe’s continuing economic challenges is reinforced by the fact that British SMEs are importing more from North American suppliers – 30 per cent of businesses said that the majority of their overseas suppliers came from the region, up from 23 per cent the previous quarter.

“UK SMEs are reacting to the continuing market conditions plaguing the Continent and are seeing more opportunities from North American buyers. This is not surprising, particularly with the uncertainty in the Eurozone economy and unprecedented unemployment rates of over 26 per cent in Spain and Greece.

“Recent market fluctuations are also affecting both importers and exporters with sterling moving nearly 5 per cent against the US dollar in the second quarter. This volatility looks set to continue and it is crucial that British SMEs take steps now to protect their cash flow in what looks to be a turbulent second half of the year.”