However, the number of arrests is falling after the charity launched a successful campaign aimed at keeping as many children as possible out of the criminal justice system.

A nine-year-old girl was arrested in 2008, even though the age of criminal responsibility in England and Wales is 10.

Frances Crook, Chief Executive of the Howard League for Penal Reform, said: “The British Transport Police have a hugely important role, working to save lives and promote public safety. When children play near railways, it is extremely dangerous.

“The police should see their role in that context: not criminalising children for being naughty, but showing them how that behaviour is putting their life at risk. It’s about education not about punishment. 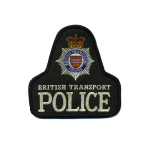 “The significant fall in the number of children entering the justice system is good news for everyone striving to reduce crime and saves the taxpayer untold millions.

“With government cuts leaving many forces stretched to the limit, further reducing the number of children arrested would mean more police time could be freed up to deal with serious crimes.”

Last December, the Howard League published data which showed that the total number of children – boys and girls – arrested by police had fallen by a third between 2008 and 2011.

Several police services have reviewed their arrest procedures and policies as a result of the Howard League’s successful engagement with them.

In total, more than one million child arrests have been made in England and Wales since 2008.