AFTER a record night of success for British talent at the Oscars, a new poll reveals a majority of us would like to stub out smoking in films watched by children.

In a survey conducted by oral health charity the British Dental Health Foundation, more than two thirds (67 per cent) said they thought films featuring actors smoking should receive the highest classification rating, suitable only for adults.

According to the British Board of Film Classification, rated-18 films currently allow scenes of drug-taking, provided ‘the work as a whole must not promote or encourage drug misuse’. The film board makes no reference to smoking or alcohol misuse, two of the leading risk factors for mouth cancer.

One in five people in the UK smoke, and the habit is still considered the leading cause of mouth cancer. But while many of us are aware of the damage that smoking does to our lungs, the danger to our mouths remains relatively unknown. Smoking helps to transforms saliva into a deadly cocktail that damages cells in the mouth and can turn them cancerous. As alcohol aids the absorption of tobacco into the mouth, those who smoke and drink to excess are up to 30 times more likely to develop the disease. 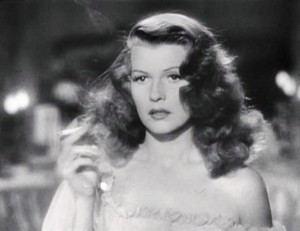 Dr Carter said: “The risks of smoking have been well documented for many years, yet for many young people the message still isn’t getting through. Children see movie stars as role models. If they are smoking, children are more likely to take up the habit. The same applies to sports stars, people we see on every day TV and even parents. By re-classifying films containing smoking scenes, it could lead to a drop in the number of young children taking up the habit.

“Tobacco use is still the leading cause of mouth cancer, a disease that claims more lives than cervical and testicular cancer combined. Through campaigns such as Mouth Cancer Action Month in November and No Smoking Day on Wednesday 12 March, it is vital people take the warnings about smoking on board. Mouth cancer is the most severe outcome, but it can lead to many oral health problems such as tooth staining, gum disease and tooth loss.

“It is really important that everyone knows the warning signs for mouth cancer. They include mouth ulcers which do not heal within three weeks, red and white patches in the mouth and unusual lumps or swellings in the mouth. Our message to everyone is ‘If in doubt, get checked out’.”