Brits plan to spend NOTHING this Mother's Day

Over 40% of us will be spending absolutely NOTHING on our Mothers this year, with the Scottish spending the most, new research has revealed.

With Mother's day taking place at the end of this week, Savoo.co.uk has undertaken some research into how we will be spending this year.

Ed Fleming, Head of PR and Partnerships at Savoo has said: "I was pretty surprised that such a large percentage won't be spending anything at all on Mother's Day. It could be that people are planning on treating their Mum's in other ways, such as cooking her favourite meal. Or it could be that they just aren't bothering! It's quite interesting to see as well that, contrary to popular perception of the Scots being frugal, they will actually be spending the most on their Mother's this year." 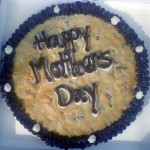 • Men will be spending 12% more than women

• The younger you are the more you will be spending

Ed comments "It seems we have a nation of mammas boys! It is traditionally daughters who are seen to be the more caring of the sexes, but this year it is boys who will be splashing out on their Mums and putting the girls to shame. It you are the Mother of a young, Scottish male then it looks like you are going to be the most spoilt this year!"

Savoo also looked in to who Brits would like to be their celebrity Mum. Helen Mirren came out on top, with Judi Dench and Angelina Jolie also being popular choices. Many of those taking part in the research were quick to point out, however, that they wouldn't actually trade their own Mums for their ideal celebrity Mum.

ECB cuts interest rate to minus 0.3%

UKIP Wants Rethink on Turkish membership of the EU