Broncos vs Panthers: Who could traders be cheering for in Super Bowl 50?

Ahead of the Broncos and Panthers going head-to-head at Super Bowl 50, Colin Cieszynski looks at whether past results have had any impact on market sentiment, and asks if there is a correlation between the winner and market movements.

Within this special report Colin Cieszynski focuses on:

· The growing popularity of the NFL touching down in the UK

· How the Broncos and Panthers have previously performed, along with their divisions AFC vs NFC and the impact of the Dow

· The Manning effect on market movement

· The expectations of Super Bowl 50 on the markets 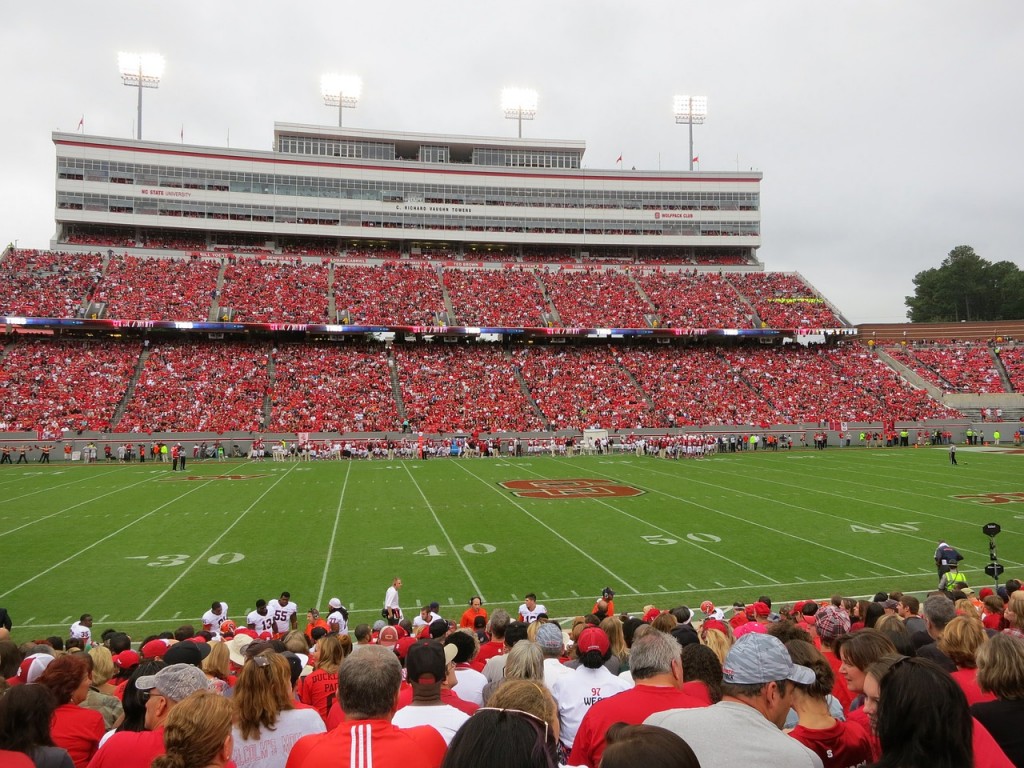 American football has become increasingly popular around the world, particularly in the UK. There are now three regular season games kicking off each year in London at the famous Wembley Stadium and the rugby hub, Twickenham.

The NFL’s Championship game, the Super Bowl, occurs on the first weekend in February, has long been studied by analysts and traders looking for any signs as to whether the result has had any impact on market sentiment, and specifically whether there’s a relationship between the Super Bowl winner and market returns over the rest of the year.

Between the 1970s and the 1990s, there appeared to have been a correlation between teams from the original NFL winners and positive years for the Dow, when a big bull market coincided with a big winning streak for NFC teams.

Although this relationship has disappeared in the 21st Century, comparing market returns following the 49 Super Bowls to date has uncovered some interesting results that traders may want to consider when deciding who to punt for.

Without the extra special home field advantage last year, New England’s Tom Brady was unable to get back to the big game. Denver’s Peyton Manning, continues the trend of a Manning brothers appearing in every even numbered year since 2008, but at 39 years old, this could be Peyton’s last chance to match his younger brother’s two Super Bowl wins.

Carolina, meanwhile, becomes the first 15-1 team to touchdown to the Super Bowl in thirty years, the last being the 1985-86 Chicago Bears. The Panthers are looking to drive a changing of the guard to the next generation of rising stars, led by 2011 number one draft pick quarterback Cam Newton.

Denver Broncos in the Super Bowl:

For the most part, Denver playing in the Super Bowl has been fantastic for the stock market.

The Dow has finished up 9.5% on average in the years the Broncos have played in the Super Bowl and following Denver’s two Super Bowl wins at the peak of the bear market, which returned an average 23.1%.

Even in the four years Denver has lost the big game, the market gained more than 10% twice with only one negative year.

The Manning brothers in the Super Bowl:

The markets appear to react well when one of the Manning brothers plays in the Super Bowl, with one glaring exception.

Manning brothers in the Super Bowl

The three previous times Peyton Manning has played in the Super Bowl, the Dow has finished up 9.2%.

Since 2008, one of Archie Manning’s sons has played in the Super Bowl during even numbered years. Kicking out the Great Financial Crisis of 2008, which wasn’t Eli Manning’s fault, the markets have responded favourably to the brothers playing in the big game.

One thing to note: the markets did better in the years Peyton Manning lost the Super Bowl than the one time he won. 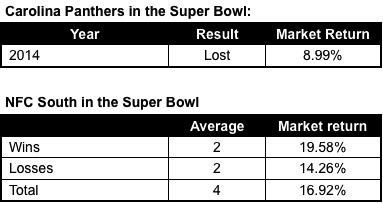 Carolina has only appeared in the Super Bowl once to date, so there’s not a lot to go on, but markets have really liked when NFC South teams appear in the big game, returning nearly 17% on average and nearly 20% if they win.

This is the 30th anniversary of the last time a 15-1 team played in and won the Super Bowl, when the Chicago (ahem) Bears, destroyed the New England Patriots 46-10. That year, the Dow finished up 14.6%

In an interview last month, I suggested stocks could go up about 12% this year, about 1.5 times the 8% long-term average return for the S&P 500.

So there’s something to be rooting for Carolina’s Cam Newton and Co. to repeat the performance of Walter Payton, Refrigerator Perry, Jim McMahon, et al.

What could this year’s Super Bowl matchup mean for markets this year and next?

Based on the above data, it looks like 2016 could be shaping up as an excellent year of 10% plus gains for the Dow regardless of who wins, as traders have responded favourably to Denver, Mannings, AFC South teams and 15-1 teams in the Super Bowl.

The longer term outlook, however, is a bit stormy. The rallies on Denver’s two wins in 1998 and 1999 were the peak of a big bull market and followed by a three year bear market.

Similarly, Peyton Manning’s one Super Bowl win in 2007 was followed a by a bull market peak a few months later but the start of a big bear that ran from late 2007 to early 2009.

Chicago’s Super Bowl win came within a bull market for stocks but coincided with a crash in the oil market. That win was followed 18 months later by the 1987 stock market crash.

This year’s Super Bowl matchup looks really friendly for 2016, but also suggests that we could be heading toward the later stages of the current bull market with the potential the bears (in the markets – probably not Chicago NFLers) could be setting up for a comeback of their own in 2017.