As the fugitive Della Rovere (Feore) ensures that his trained assassin gains access to the Vatican and ascends to the role of personal taster to the Pope, Alexander (Irons) plans a celebration marking the end of Lent and the christening of the latest addition to the Borgia dynasty.

But tragedy is about to befall the Pope and his household with Juan Borgia (Oakes) continuing his fall from grace and fuelling an increasingly embittered grudge against siblings Lucrezia (Grainger) and Cesare (Arnaud), events that force Cesare to make a chilling decision regarding his brother's future.

World of Wonders was perhaps a surprising title for the latest instalment of Neil Jordan's stylishly envisioned and darkly portrayed historical soap opera with the episode continuing to focus on the plotlines slowly evolved throughout the second season rather than deciding to introduce any radical new elements.

But episode director and writer David Leland ensured that wonder was to be found in the form of Stephen Berkoff with his wild eyed and apocalyptic prophet continuing to stir things up by threatening the established order whilst at the same time upping the tempo whenever an episode threatens to slip into the mundane.

"Wonders" found the veteran thespian on fire as his renegade Brother Savonarola succumbed to the challenge from Cesare Borgia to literally walk through the flame.

Colm Feore has also constantly impressed and his portrayal of the fugitive Della Rovere has seen the character gradually withdraw into the background and quietly emerge as a truly great nemesis and opponent to Jeremy Iron's debauched godfather and church head.

Scheming and quietly plotting, the Cardinal has seemingly spent an age planning his proposed poisoning of a Pope with the deed itself threatening to finally play out in next week's end game.

And Jordon and Co. also manage to create something unsettling within the viewer as you find yourself rooting for a debauched dynasty rather the political opponents attempting to restore order and piety to a corrupt institution.

If the current season has become a case of murder most foul with cast regulars Ronan Vibert, Michel Muller, Ruta Gedmintas and Augustus Prew amongst those finding that their roles have come to grizzly end then it has also succeeded in bringing to the forefront some shadowy individuals who intrigued during the first series and now find themselves increasingly manipulating events.

Peter Sullivan has grown nicely into the role of the subtle and corrupt Vice Chancellor Cardinal Ascanio Sforza whilst Julian Bleach becomes increasingly cold, calculating and reflective with each passing week as Florentine banker and schemer, Niccolo Machiavelli.

Perhaps the most satisfying element has been the increasingly scene stealing presence of Sean Harris in the role of family henchmen and slick assassin, Micheletto, a role that plays nicely alongside that of Arnaud's Cesare and continues to retain the air of mystery and calculated violence.

But at the heart of this episode was the growing discord and resentment between brothers Cesare and Juan Borgia, whilst Arnaud has caught the limelight in portraying Cesare as a dashing and scheming priest who also happens to be a ladies’ man, Oakes has perhaps had the more envious task of portraying the younger sibling

The actor has successfully managed to gradually transform Juan from an arrogant and frivolously ambitious young prince into the tragically embittered and almost psychotic failure gracing the current instalment.

With the brothers headed for the inevitable fateful clash of interests and a Borgia body destined for the murky depths of the Tiber alongside renegade prophet Savonarola surely headed for the stake, the penultimate episode of the current run manages to succeed in its premise with a poison chalice and end of season cliff-hanger waiting in the wings.

The Borgias is currently showing on Sky Atlantic. 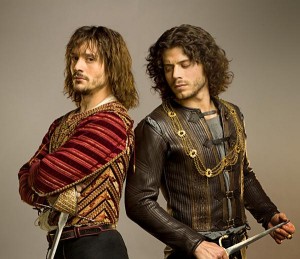 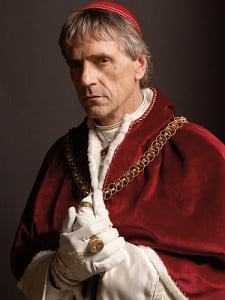