"Short term, the Chancellor was let off the hook by a shortfall in public spending that was much larger (at Â£11 billion) than expected, allowing him to maintain that the underlying rate of borrowing would be lower this year than last.

"Longer term, the restraint applied yesterday to current spending plans gives him a lot of leeway to boost capital spending, with the detail to be thrashed out in the spending review in June. This was augmented by another Â£6 billion of savings that the single state pension will bring. Switching from current to capital spending has the effect of reducing the current deficit and helping to ease the pressure on the government’s fiscal target.

"Â£3 billion of these savings will be used to boost infrastructure spending, but the really big boost will come from the housing market package. These funds will be geared up so that they have a major impact in a sector that has a lot of pent-up demand and spare capacity. Housing is very important for demand and employment given its low import content. The Â£3.5 billion allocated to shared equity loans may not sound like very much but the impact on house purchases of the 'help to buy scheme' should be five times bigger because the government share of the purchase is at most 20%. Similarly the mortgage guarantee scheme uses the strength of the government’s standing in debt markets to provide a further boost. These initiatives reinforce the effect of last year’s Funding For Lending Scheme which has already leveraged off the government’s balance sheet to provide major support to housing and the wider economy.

"These financial initiatives and innovations are likely to continue over the summer as the new Governor of the Bank of England arrives and the new monetary policy remit comes into play. The idea of taking a leaf or two out of the US Fed book and promulgating intermediate thresholds for economic growth and employment while preserving the primacy of the inflation target over the medium term is entirely sensible. All in all, this budget should help lift the gloom of a very bleak economic backdrop." 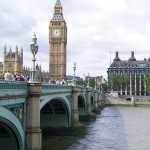 “It is a mixed budget for business. Changes in Corporation Tax and National Insurance Contributions will be welcomed. The initiatives on housing should stimulate construction and improve the consumer outlook while the new monetary policy regime will provide further evidence that the authorities will intervene if necessary to avoid a catastrophe.

“However, the reduction in the growth outlook, no new money for infrastructure until 2015/16 and uncertainty over the scale of any "regional" initiatives mean the majority of businesses are likely to remain in wait and see mode and the OBR's forecast of low business investment growth in 2013 is likely to be self fulfilling.

The link between oil firms and the invasion of Iraq