Ahead of the Budget, to be presented by the Chancellor of the Exchequer, George Osborne, on Wednesday 19 March 2014, financial services group True Potential has called for the investment limit on ISAs to be raised to at least £25,000.

Managing Partner at True Potential, David Harrison, said: “An increase in the ISA limit to at least £25,000 would make ISAs a viable alternative to pensions, which currently have a £50,000 annual limit. ISAs allow people to save tax-free in a way that is easy to understand and easy to arrange, but reforms to ISAs are long overdue to make them more attractive to savers.”

Research commissioned by True Potential has found a worryingly high number of people are not savings enough for their later years. A quarter (25 per cent) of people surveyed were not saving anything for retirement, while two thirds (64 per cent) were putting aside less than £100 per month. 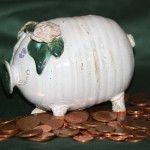 Indeed, the findings suggest an unprecedented savings crisis as Britons realise too late that they do not have enough in savings and investments. Two thirds (64 per cent) of 45-54 year olds are not confident that they have put enough aside for a comfortable retirement.

David Harrison continued: “As a nation we are not saving enough for our own retirements and, typically, the products that we do deposit our savings in give such poor returns that they are quickly outstripped by inflation. Many factors have combined to create a ‘Savings Gap’ that, at its heart, is an outdated savings structure with complicated, inflexible products.”

Over seven million people will lose out by £10,000 each under Government’s plans for state pension age change