Budget 2014: It's Dirty Business As Usual Says Friends of the Earth

“Merely weeks after promising action on flooding and global warming, the best the Chancellor can manage is a U-turn on his own reckless flood defence cuts, and caving in to big business lobbying on pollution tax.

“Mr Osborne says he wants to make our economy ‘resilient’, but Britons face paying a hefty price for his failure to confront the reality of climate change.”

“The money raised by this tax should be used to help homes and businesses become much more energy efficient – and bring down bills for good.” 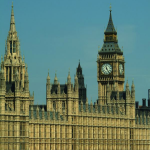 “The Chancellor’s dangerous fossil fuel fixation is storing up huge problems for the future.

“George Osborne’s pledge to extract every drop of oil and gas we can from the North Sea will completely undermine efforts to decarbonise the economy.”

“The ‘extra’ £140m only cancels out previous cuts, while households in storm-battered Britain are picking up the bill for the Government’s negligence.

“And if we want to keep pace with the impacts of climate change, far more must be spent on flood defences.”

It's forward to the 1920s for the UK says Mervyn King

Nine in ten vets in the UK are EU nationals