Budget Must Get UK 'Mittelstand' on the Front Foot – CBI Chief

Seize opportunity before the election to support investment & growth

The head of the CBI will today (Wednesday) call on the Chancellor to use his final Budget before the General Election to prioritise measures which will create more growth opportunities for medium-sized firms – 'The UK Mittelstand', the backbone of the UK economy – while staying the course on the current fiscal reduction plans.

With the economic recovery well-established, the UK's leading business organisation will urge the Chancellor to take action that will help support business investment and exports, providing long-term stability, certainty and simplifying the tax system – all to support ambitious UK firms.

The CBI's proposals for its Budget Submission include:

Making the Annual Investment Allowance permanent from 2016 at £250,000 – to provide stability that will in turn promote investment

Boosting the availability of long-term growth capital, by promoting a market for privately placed debt 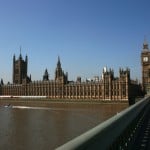 Encourage the full spectrum of Research and Development (R&D) activity to take place in the UK, by enhancing the R&D tax credit to include the final manufacturing of prototypes

If funds are available free childcare (currently 15 hours) should be extended to 1 and 2 year-olds.

"Although the economic recovery is well-rooted and bearing fruit, we still need a Budget that locks-in the successes from this Parliament and spends funds wisely on those areas which will keep growth on track.

"This is a good opportunity for the Chancellor before the election to support growth and investment well beyond the Election, providing stability, certainty and simplicity for the UK's 'Mittelstand' to get themselves on the front foot.

"So the Chancellor must reward growing, ambitious firms with the tools to get on with the job of rebalancing the economy and lift productivity. There has been good progress on this front from the Government, and the Chancellor can now take further action to boost investment and innovation.

"If recent tax receipts have provided a bit more breathing space in public finances, the Chancellor may also want to make progress on bolder reforms, including steps to boost the provision of universal childcare."

Advertised salaries grow annually for first time since the recession