• Spreading the joy but not the cost: Two fifths of UK adults blame the increased expense of groceries over the Christmas season on hosting friends and family (42 per cent)

• Hostess with the mostess: Brits in the West Midlands are the most popular hosts, with 55 per cent welcoming family and friends into their homes for the Christmas season

New research of 1,000 adults from VoucherCodes.co.uk reveals the nation will be forced to scale back on their Christmas grocery shopping for the second year in a row.

During the festive season, Britons struggle to juggle their regular essential bills with the expense of presents and everything else that comes along with Christmas. In order to keep a lid on costs, Brits are being forced to trim back their grocery shopping bills. This year Brits will be spending an average of £125 on yuletide food and drink – 15 per cent less than last year (£143) and under half the amount they were able to be spend in 2011 (£264).

Shoppers in East Anglia are cutting back the most, spending £25 less than the national average (£100) while those in the North East will be splashing out the most on festive treats with the average Christmas grocery price tag of £147; however, this is still almost 44 per cent or £120 less than the national average in 2011 (£264). The 45-54 age group are the most extravagant shoppers with an average spend of £178 this year in comparison to the 18-24 age group spending close to 50 per cent less with an average spend of £98.

No food at the inn

The cost of entertaining is the main reason UK shoppers' groceries are more expensive over Christmas with two fifths blaming their hosting duties for the increased shopping bill (42 per cent). The West Midlands is the most generous region for festive freeloaders, as 55 per cent of UK adults accommodate family and friends with food and drink.

VoucherCodes.co.uk's research also discovered men tend to indulge more when it comes to hosting, spending an average of 18 per cent (£142) more than females on their Christmas grocery shopping (£117).

"Despite being a season to enjoy themselves, consumers are feeling the financial burn more than ever this year. Christmas can be a hard time of year to get the balance right between splurging on treats and covering essential costs. It is sad to see that for the second year running, families are forced to cut back further on their Christmas groceries to stay afloat – especially as indulging in festive food and drink is widely seen as one of main things to look forward to. 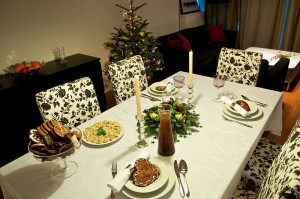 "With households expecting to welcome family and friends into their homes for Christmas, many will struggle with the costs of entraining. However, shoppers can relieve the strain of feeding the masses over the festive period by taking advantage of deals and discounts offered by the nation's most popular supermarkets through voucher code sites. By checking online for discounts, consumers can make some great savings on their food and drink purchases, making their money go further and even allowing them to buy some treats while keeping their groceries affordable.

"Retailers understand the strain families face and we can expect to see many releasing codes and deals to give a helping hand to consumers this time of year. By signing up for voucher code newsletters as well as making a habit of checking for deals before making purchases, smart shoppers are sure to have a more merry Christmas."

£15 off First Grocery Orders Over £60 at Sainsbury's

The best new investment companies in the UK