Seven out of ten businesses say the cost of running a defined benefits (DB) pension scheme is stifling their investment intentions, with eight out of ten manufacturers saying it is affecting their plans. That's according to A view from the top, a new survey by the CBI and Standard Life [1].

The survey of 226 chief executives and Board members in companies with £362.2bn of pension assets under management also reveals over a third of businesses believe getting auto-enrolment right must be the top priority for the Government in the lead up to the General Election in 2015 (34%), with over 40% of small and medium-sized enterprises stating this as top priority. Businesses want the Government to get existing plans right, not come up with new ones.

With auto-enrolment bringing millions of new savers into pensions, the survey highlights business leaders' concerns around lack of employee engagement (40%) and worries that employees may not have the financial knowledge necessary to take investment decisions (49%).

The survey also highlights worries about the threat of regulation increasing the cost of auto-enrolment compliance and of providing defined contribution (DC) schemes, for instance the costly changes that will follow from the introduction of a charge cap at too low a level.

"CEOs are looking for the Government to prioritise the big ticket reforms, making auto-enrolment easy and delivering the new State Pension effectively, while keeping DC simple and affordable.

"The cost of DB schemes is having a serious adverse impact on business investment, which must be the cornerstone of our economic recovery if we are to achieve sustainable growth.

"The Pensions Regulator's new objective to minimise the adverse impact of scheme funding has yet to have a positive impact. The Regulator needs to raise its game and ensure a material change in its day-to-day dealings with employers and trustees flows from its new legal duty."

"Auto-enrolment is dramatically changing the pension savings landscape in the UK – it is a vital lynchpin in encouraging a long-term savings culture.

"However, it is not simply a one-off event, but an ongoing responsibility for employers to manage.

"We need to focus on longer term provision, rather than just the initial process of setting up the scheme and getting people in."

On DB schemes, the new objective of the Pensions Regulator (tPR) and the Pensions Protection Fund (PPF), the survey shows: 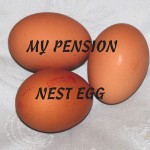 – More than two thirds of respondents (70%) with DB schemes report that their cost is having an impact on business investment, rising to 78% among manufacturers.

– Almost half of respondents (46%) report that operating a DB scheme is restricting their ability to borrow with six in ten firms stating that employer debt regulations are hampering internal corporate restructurings, M&A activity and asset sales.

– However, DB provision seems to have stabilised following the upheavals of the financial crisis. The majority of businesses (64%) don't plan to make any changes.

– The cost of DB remains a massive challenge. The primary concern of respondents (97%) is the impact of market volatility on funding positions, with 84% reporting that the funding level of the scheme is a concern.

– The result is that nearly nine in ten businesses (88%) are concerned about the prospects of contributions going up in their next funding agreement with trustees.

– The number of respondents that are not satisfied with tPR's dealings with their company has more than doubled (28% from 12% in 2011).

– Eight out of ten businesses have yet to see a change in behaviour from tPR or trustees since the introduction of the new statutory objective – businesses are hoping the new code of practice will change this.

On auto-enrolment the survey reveals the first year has been a success. Large employers have navigated the new rules and the average opt out rate has remained at about 9%. However, the real challenges lie ahead as smaller employers, with fewer resources, face the costs and challenge of compliance. The survey finds:

– Ease of administration is the top priority for businesses when it comes to auto-enrolment (41%), with minimum administration and contribution costs second and third (18% and 12% respectively).

– The main challenges facing respondents are: Ongoing compliance (71%), including managing opt-outs/ins (67%) and managing refunds (54%). Regulatory environment (66%) and understanding what is required (55%). Communicating with employees (54%).

"This survey is further evidence of what I hear from CBI members up and down the country: the costs and complexities of auto-enrolment are a real concern for businesses and need to be addressed.

"Different businesses have different payroll and HR needs. Greater regulatory flexibility would cater for that diversity, preventing companies from having to undertake expensive changes to their systems.

"Businesses will not welcome having to make further costly changes to their schemes if the Government introduces a charge cap set at too low a level. The issue on charges is legacy schemes, not new schemes being used for automatic enrolment."

"The continuing success of the Government's strategy to get people saving through the workplace puts significant responsibility on employers.

"It is, therefore, crucial that we listen to what employers have to say and respond, ensuring that we make the roll-out a success for both employees and the firms that employ them in the first place.

"There is no doubt that successfully implementing auto-enrolment is firmly on the boardroom agenda.

"Just under half of CEOs cited administration of auto-enrolment as one of their chief concerns, so it's imperative we recognise and support the ongoing commitment from employers to make it work, not just the initial activity."

On DC becoming the pension scheme of choice for auto-enrolment:

– The majority of businesses will either increase or leave contribution rates unchanged (54%), with 42% looking to introduce a new lower starter rate for auto enrolled staff.

– Nearly nine in ten businesses (87%) have or plan to auto enrol their employees into an existing or a new privately provided DC pension scheme, with a further 7% opting for NEST.

– However, lack of employee engagement is the single biggest threat to the success of auto-enrolment (40%), followed by over-regulation (19%).

"The first year of auto-enrolment has been a great success and it's imperative we focus on how to maintain this as we move on to smaller employers.

"The rate at which the industry has been establishing pension schemes will need to increase thirty-fold in 2014, from about 3 hours a scheme to one every 6 minutes. It's crucial we focus on supporting employers through this challenge."

How low can you go? – speech by Andy Haldane