The Centrica operated Butch Main discovery (Faroe 15%) was made in late 2011 and contains a significant presence of light crude oil in the Upper Jurassic reservoir of the Ula formation. Since the main Butch discovery was made, licence operator Centrica Energy Norway has acquired new high quality seismic data, which has been applied in the planning of two further exploration wells on the untested eastern and south‐western sides of the large central Butch salt structure.

The operator is currently working on a development plan for the Butch Main discovery, in parallel with drilling the Butch East and Butch South West wells.

The Butch licence drilling operations are operated by Centrica (40%) using the Maersk Giant jack-up drilling rig, together with the other joint venture partners Suncor Norge AS 30% and Tullow Oil Norge AS 15%.

"We are pleased to announce the spudding of the Butch East exploration well, which is the first of two back-to-back wells following on from the 2011 discovery on the Butch licence. If successful, Butch East offers the potential to substantially add to the value of the Butch field. 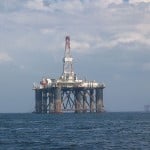 "Butch East is the third well to spud in our near-term six well exploration programme. This exciting exploration campaign commenced with the significant Snilehorn discovery announced last month, and continues with the Novus well, currently drilling, close to the producing Heidrun oil field. Following these wells, we also look forward to the drilling of the Solberg and Pil prospects, both in the Norwegian Sea.

"With material equity stakes held in a portfolio of excellent quality licences across the prolific North Sea, Norwegian Sea and Norwegian Barents Sea, Faroe Petroleum has the real potential to generate considerable shareholder value through our sustained programme of exploration and appraisal drilling."