Cairn is pleased to announce it has entered into a farm-in agreement with Kosmos Energy and the Moroccan National Oil Company (ONHYM) for a 20% non-operated interest in an exploration block offshore North West Africa which is scheduled for drilling in H2 2014.

The farm-in to the Cap Boujdour exploration permit enables Cairn to access frontier acreage with transformational potential and containing a range of exploration play types. In the event of success, the area has significant follow-up potential.

Under the terms of the farm-in agreement, which is subject to Morocco Government approval, Cairn will pay a promoted share of future exploration costs, towards a 3D seismic survey, an exploration well planned for 2014 and, if successful, two appraisal wells, all subject to a maximum expenditure cap.

This well is the first in a planned multi-well exploration sequence and once operations are completed on FD-1 the rig will move to the Cap Juby location in Morocco to drill an exploration well targeting Middle Jurassic carbonates, subject to necessary approvals. 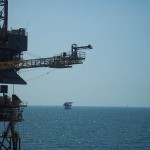 "This farm-in builds on our existing Atlantic Margin portfolio where we have a strategic presence across three countries in Morocco, Senegal and Mauritania. The new acreage offers transformational exploration potential in a frontier region where Cairn is already well established. We are delighted to be working with Kosmos who are a proven and valuable operating partner with a track record of exploration success in similar play types along the West African margin.