CALA Homes Pitch In For Penicuik

Penicuik Athletic are tackling life in the top league in style after their vital sponsorship deal was renewed by renowned house builder, CALA Homes.

The UK’s most upmarket major home builder has just announced it will be continuing the team’s shirt sponsorship for another year following a title winning partnership in the 2013/14 season and a strong first campaign in the top division last year.

The Junior level club will be using the much needed funds for new strips and training equipment and have high hopes for the season ahead after finishing sixth in their debut season in the East Super League.

CALA Homes commitment for the next 12 months will allow the club to concentrate their efforts on the pitch, with a tough season ahead against the elite of Junior football. 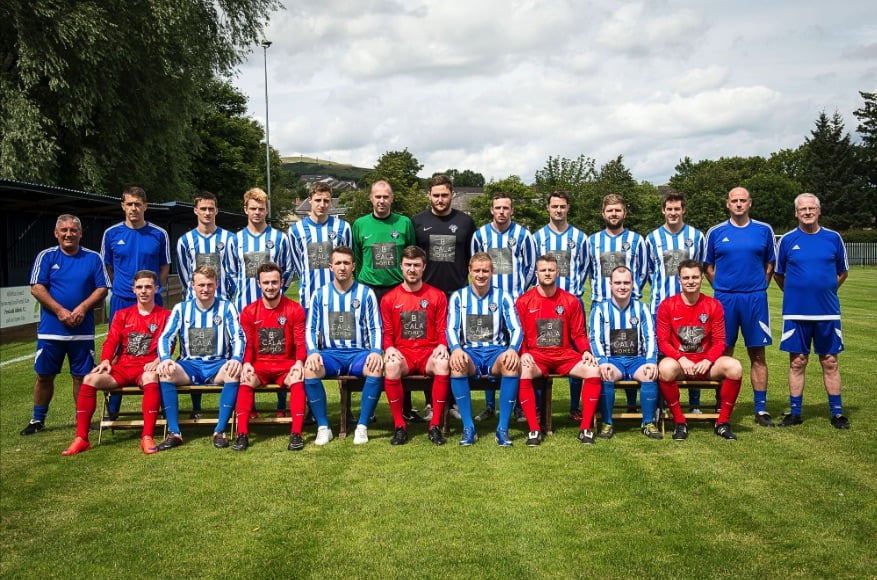 “We are extremely grateful for CALA Home’s support for the club.

“They have backed us for more than six years now and without their sponsorship we would find it very difficult, we might even be in a lower league.

Founded in 1888, with a longstanding history of nurturing the sporting talent of rising football stars, the club has helped kick start the career of a host of Hearts and Hibs players, including Brad McKay who recently moved from Hearts to St Johnstone.

“Here at CALA Homes we have been completely behind Penicuik Athletic and are thrilled to be their sponsor for the fifth year in a row.

“We were delighted when the team were promoted to their super league and it was great to see them do so well in the top division last season. We’ll continue to cheer them on as they go from strength to strength.

“CALA Homes is all very focussed on community spirit and you couldn’t get more to the heart of that with a local football team as the games bring everyone together.

“We also look forward to seeing the club invest in the rising stars of the future and continue to give their players the fantastic opportunities they have done for so many years.”

CALA Homes, the UK’s most upmarket major homebuilder, is headquartered in Scotland and employs 600 people. Its reputation was earned on the high quality of the homes it builds which are sensitively designed to augment the areas in which they are located.

The result is that its homes are not only highly sought after, but retain their value over decades and earn loyalty from owners, who often live in a series of CALA properties.

Penicuik Athletic are currently selling season tickets with all information and prices available on the website, http://www.penicuikathletic.com/.