With lending to Small and Medium sized Enterprises using vehicles such as the Funding for Lending Scheme looking pretty dire one bank, Cambridge & Counties which was set up in June 2010 specifically to target lending to SMEs, looks set to meet its four year lending target in just two years.

Cambridge & Counties have already completed fifty loans worth some Â£20 million and a further 65 loans worth around Â£30 million have been approved.

Gary Wilkinson, Chief Executive at Cambridge & Counties Bank said: “We are delighted with the amount of support we have been able to provide SMEs in a relatively short space of time. This is a strong endorsement of the success of our business model and a reflection of the scale of demand among high quality SMEs whose growth aspirations have been frustrated by a lack of access to finance.

“Ahead of our launch we had initially thought that our clients would primarily be SMEs looking to grow with new loans. However, we have been surprised by the amount of interest from well managed businesses approaching the end of their existing loan period with their bank, but that have been turned down for replacement finance.”

In less than a year, Cambridge & Counties Bank has helped a wide range of businesses to fulfil their growth ambitions. This includes a solicitor’s practice that was looking to restructure but that had been turned down by its existing bank; a hosiery manufacturer that had been renting their business premises for a number of years until the landlord decided to sell but whose existing bank turned it down, and a family business that spent 18 months trying to secure funding to retain a commercial and residential property portfolio following the death of a family member.

A key difference between Cambridge & Counties Bank and the bigger banks is its individually tailored manual underwriting process. This enables the bank to review customers on a case by case basis, rather than through automated credit scoring. This approach has enabled the bank to support a number of firms including a restaurant business that wanted to expand by acquiring a new restaurant. 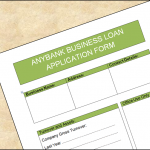 Gary Wilkinson concludes: “SMEs account for the vast majority of UK businesses and the UK’s economic recovery relies heavily on the ability of these firms to grow. From a standing start we are very pleased to be on track to meet our four year lending targets in half that time and through our growing deposit account business, are well placed to support many more firms achieve their ambitions.”

Lending is funded by the Bank’s competitive 30 day notice business deposit account, which have proved attractive to businesses looking to generate a decent return for their money. Indeed the Bank has also received excellent feedback from its customers by providing simple, value for money accounts, without complex product features that could catch customers out. In just eight months, the Bank has opened 500 new deposit accounts.