If whispers coming from back bench Conservatives and party activists are anything to go by then the political horse trading may have gone too far and one key policy, which many point to as the main reason for the Conservative turn around in popularity over the past 3 years has been ditched.

It seems like yesterday that George Osborne announced that the new Conservative party would raise the inheritance tax threshold to Â£1million and this was a very popular move and the most spiteful tax to have ever been invented seemed to have it's days numbered.

This was one policy that resonated with the fears of many households across the country.Not because they stood to leave or inherit Â£1million but because their estates were above the current Â£325,000 threshold thanks to the rise in the property market which leaves a large portion of the country facing an huge inheritance tax bill which they would not normally have faced. 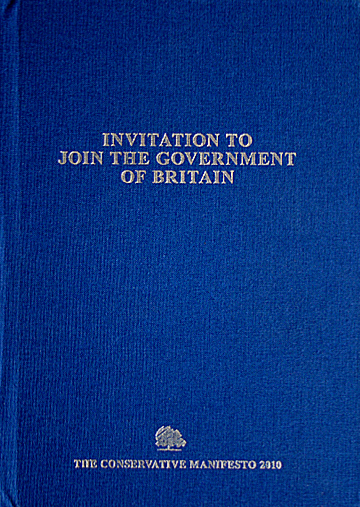 The proposed cut to inheritance tax by the Tories was so popular that Alistair Darling introduced new legislation for married couples doubling the threshold but this is a very vague and not very forthcoming minefield that requires proof that the inheritance tax was not claimed upon the death of a wife or husband leaving the onus on the bereaved to find such documentation.

Whilst Labour and the LibDems attempted to rubbish the new Â£1million threshold proposed by Osborne, the Conservatives gained much favourable feedback on the street during electioneering on the subject of their inheritance tax policy and campaigners came out in force to promote that very policy.

But that key manifesto policy has now been dropped to appease the LibDems in the new coalition and the backbenches and party members are not at all happy.

Conservative backbenchers this morning have been speaking amongst themselves of the disappointment at the ditching of inheritance tax policy and phones have been red hot all night with calls from party members who have said they feel they were betrayed by Cameron before he even crossed the threshold of No 10.

If this is anything to go by then two things have become abundantly clear.

The coalition is built on very shaky ground and the Conservative backbenchers are to be watched, because many of them would have rather seen this coalition never formed.