Cameron plans for another coalition government

It is claimed that David Cameron has been planning to take the Conservatives into another coalition with the LibDems if his party does not win an overall majority.

Although sounding defeatist it could be a good move to have a political way forward in the case of a possible coalition, which would be preferable to the uncertainty of the days after the last general election, which saw Gordon Brown sat in Number Ten while the Tories and LibDems negotiated.

Many will say that David Cameron should be talking to the UK Independence Party about this issue, rather than the LibDems. But they forget that the UKIP leader, Nigel Farage, has already put the kibosh on that one by saying that he will only do a deal with the Tories if they drop David Cameron as leader. So Cameron does not have that option open to him.

The Prime Minister may feel that his party can win the overall majority required but a plan to join forces with the LibDems may just give him the numbers if UKIP do spectacularly well.

It will also get a lot of the in-house horse-trading out of the way allowing for a quicker and tidier resolution to the election process.

It might also reduce the risk of Cameron being ejected as leader of the party if he secures a new term in office even without an overall majority.

But it takes two to make a coalition and it will be down to the numbers of seats on the day as to which party the LibDems join with (if needed). And they will join with the party that offers them the most.

The real message here is that UKIP is definitely up against the whole EU supporting LibLabCon machine. Nigel Farage's party is going to have to beat the combination of Labour/LibDems or Tory/LibDems, which is an extremely tall order – if not an impossible one. 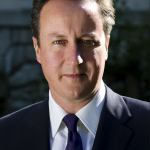 The electorate might well show its feelings during the European Elections next year by giving solid support to UKIP. But when the domestic elections come around you get the feeling that, apart from a few UKIP successes, the voters may well think that they have already made their views clear and it will be business as usual between red and blue tinged with a bit of yellow. And that would mean more pro-EU government whichever way a government was formed. Unless UKIP can keep pressing the message home.

'But don't forget the European Union (Referendum) Bill that promises us a vote' you might say. But this is not yet law and still has a way to go. And wouldn't a Lab/LibDem coalition happily withdraw the bill or repeal the act saying there were more pressing issues to be dealt with?