Cameron has made the vow that never again would powers be transferred from the UK to Brussels without the consent of the people. This has drawn predictable fire from Europe with the French Minister for Europe, Pierre Lellouche, claiming that the Conservatives will ‘castrate’ UK influence in the EU and that their plan is ‘pathetic’.

Cameron’s vow came quickly after he was forced to revise the party’s stance on Europe post Czechoslovakia’s acceptance of the Lisbon Treaty.

Tory MEP Hannan has resigned as Conservative affairs spokesman to concentrate on bringing direct democracy to the EU but Tory MEP Roger Helmer has resigned in the basis that he cannot support the new Tory position.

This episode does highlight the position the UK (and all other EU countries for that matter) are now in. The EU is a one way ratchet with no release mechanism. There is a whole multi-billion pound operation behind increasing the power of the EU and nothing coherent to counter it. Cameron’s more Eurosceptic stance will definitely strike a chord in the UK, but it may also be an increasingly attractive policy for a lot of people in the wider Europe. Dangerous for the EU project.

It is always tempting to consider that Europe consists of the UK (outside) and anyone over the channel as ‘them’ (inside) and the Europhiles push this picture for all it is worth. Put together with largely un-provable figures on where our trade lies this can be a powerful argument. But I do not believe that the average French or German person is any less nationalistic than the average Brit. 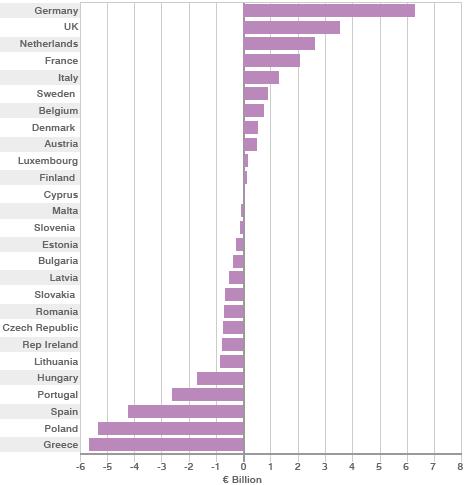 With the arrival of a more official and longer lasting EU President (OK, of the Council of Ministers) together with a foreign policy arm, will come the need to subdue nation states individual policies in this area. How could the UK for example be openly at odds with EU foreign policy, especially if the head was a UK national? Could the UK go against EU policy and wage another war on the side of the US for example?

Just as in domestic politics with for example ‘North v South’, we must realise that what is good for the EU is not always good for the UK. We bear the former because we are (just about) democratic in this respect. But as for the latter there is no true democratic process, just agreements drawn up by faceless people and presented to us as a fait accompli. Far from being a latter day Canute, Cameron may actually be playing a long game that gathers support throughout Europe in the coming years. But he may split the Tories along the way.