The economic case for the EU-US trade deal is ‘deeply flawed’, leading researchers on the deal have said as negotiations begin in Brussels today.

Prime Minister David Cameron has claimed that the deal, known as the Transatlantic Trade and Investment Partnership (TTIP) would bring £99 billion a year to the EU, giving an average family of four in the UK an extra £454 per year.

But researchers Dr Gabriel Siles-Brügge from the University of Manchester and Dr Ferdi De Ville from Ghent University in Belgium say the analysis on which the claims are based is misleading.

“An impartial reading of these key documents relating to the Transatlantic Trade and Investment Partnership (TTIP) shows quite clearly that these huge figures are vastly overblown and deeply flawed,” says Dr Siles-Brügge.

“It’s an overly optimistic view coloured by the political imperatives of the likes of the European Commission and certain member state governments.” 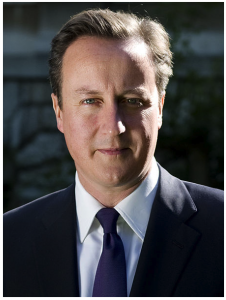 The researchers argue that while the figures David Cameron has used assume that regulation will be standardised between the EU and the US across wide-ranging areas of economic activity, this is extremely unlikely due to vastly different and entrenched regulation on either side of the Atlantic.

The Prime Minister has also claimed the EU-US deal would create jobs. But the European Commission has said the deal would result in significant job losses in some regions, increasing inequality across Europe.

Anti-poverty campaign group the World Development Movement is calling for the deal to be abandoned. Its director Nick Dearden said today:

“All the talk of jobs is just hot air. The real aim of this deal is to give multinational companies more power over government policy, and to reduce the social and environmental regulations governing companies’ activities. It’s a transatlantic corporate power-grab.”