Campaigners have warned that Britain would open the floodgates to a string of legal challenges by big business if it ratified the upcoming EU-US trade deal. As Philip Morris threatens to sue the UK for £11 billion over plans to introduce plain packaging on cigarettes, the World Development Movement said the Transatlantic Trade and Investment Partnership (TTIP) would make such cases more common and less open to public scrutiny.

The World Development Movement claimed today that if TTIP, currently being negotiated between the EU and the US, is agreed there could be a massive increase in legal cases brought by companies against the UK government.

The TTIP deal contains provisions to establish an ‘Investor-State Dispute Mechanism’ (ISDS) to allow multinational companies to sue governments over decisions they think might harm their profits. Under special ISDS courts, companies would be able to bypass national courts, settling cases in a system run by corporate lawyers, regardless of whether the decisions under dispute are made in the public interest. 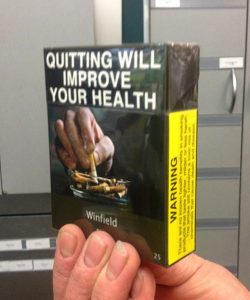 Philip Morris is currently suing the Australian government for introducing plain packaging on cigarettes, and the Uruguayan government for printing health warnings on packets. Both cases have been brought under ISDS systems established under trade deals involving Australia and Uruguay.

Commenting on the UK’s proposals to standardise cigarette packaging, the company has previously said: "Standardised packaging is a euphemism for government-mandated destruction of property. It is unlawful, disproportionate, and at odds with the most basic requirements of the rule of law.”

“By signing up to the TTIP trade deal, the government is handing over our sovereignty to powerful corporations like Philip Morris. In future, governments would always be looking over their shoulder to see whether they would likely be sued for making laws in the public interest.

“Philip Morris has shown itself to be an enthusiastic user of these ‘corporate courts’, and its threat against the UK government would be much easier to carry out under the TTIP deal. If the deal is agreed, we can expect many more similar legal cases against the government.”

The Share Centre explains why St James' Place is a 'Buy'