Global justice campaigners have called on Unilever to pull out of an aid scheme they say will damage African countries’ ability to tackle poverty.

Unilever, which holds its AGM in London on Wednesday 14 May, is a leading member of the G8’s ‘New Alliance for Food Security and Nutrition’. The scheme claims it will lift 50 million people in Africa out of poverty by 2022. But campaigners from the World Development Movement say the New Alliance will increase hunger and poverty by taking land and power away from millions of small-scale farmers.

African countries involved in the New Alliance are required to change their laws to make it easier for big corporations to buy up land, a move which campaigners believe will increase land-grabbing and leave farmers homeless and without livelihoods. The scheme will also help companies to control the supply of seeds used by African farmers, and increase production of export crops like biofuels at the expense of crops to feed local populations. 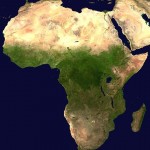 Farmers’ groups from across Africa have condemned the New Alliance as ‘a new wave of colonialism’.

“Far from enhancing food security and nutrition in Africa, the New Alliance will concentrate wealth and power in the hands of multinational companies, leaving the small-scale farmers who grow most of the continent’s food impoverished, indebted or  unable to carry on farming. Unilever should have nothing to do with it.”

Unilever has more than 50 subsidiary companies in Africa, with major operations in South Africa, Nigeria, Kenya and Tanzania.

Read the World Development Movement's report on the New Alliance for Food Security and Nutrition, 'Carving up a continent'.