Campaigners ramp up pressure on MEPs ahead of critical TTIP vote

Updated – MEPs to vote on TTIP resolution on Wednesday

The European parliament is to vote on a resolution on the US-EU trade deal (TTIP) on Wednesday, in what is predicted to be a close-run battle between opponents and supporters of the deal. Ahead of the vote campaigners and trade unions are calling on MEPs to draw clear red-lines across TTIP, in particular by opposing the use of the controversial ‘corporate court’ system known as Investor State Dispute Settlement (ISDS).

Ultimately the European parliament will have to vote for or against TTIP, so although tomorrow’s vote is non-binding, the resolution will send an important message to the EU Commission about what kind of a final deal would be approved. Just two days after the EU-wide petition against TTIP reached a record-breaking 2 million signatures, campaigners argue that TTIP has no public mandate, and that as a minimum MEPs should vote to:

remove any mechanism which allows foreign companies additional legal mechanisms to sue governments, such as ISDS

• oppose any new mechanisms to give business lobbyists new powers over the regulatory process, like the proposed Regulatory Cooperation Council

• open up the negotiating process to public scrutiny

Guy Taylor, campaigner from Global Justice Now, is in Strasbourg for the vote and protests which have been planned in coming days. He said today: 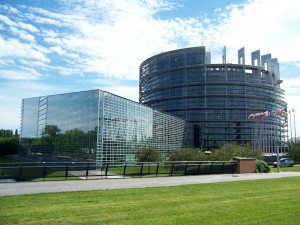 “We suspect this vote will be on a knife edge, and that big business will pull out all the stops to get a resolution which protects as much of the TTIP agenda as possible. That’s not a surprise, because TTIP is a deal for big business, which won’t benefit most people of Europe or the US.

I’m in Strasbourg to make sure MEPs hear and respond to the more than 2 million people who have called for an end to the TTIP negotiations. In particular we’ve got to remove ISDS – the corporate court system – from this deal once and for all. Amendment 27 clearly does this, and we need to make sure all British MEPs back this amendment, in whatever form it finally takes.”

This important vote at the plenary session of the European Parliament that was expected to take place on Wednesday morning was delayed at the last minute. The reason cited was that there was such a large number of amendments to the proposal that MEPs needed more time to consider it.

Responding to the news, Nick Dearden, the director of Global Justice Now said:

“The TTIP vote being postponed as a result of the large number of amendments reflects just how controversial and contested this toxic trade deal has become. Despite being under enormous pressure from corporate lobbyists, MEPs know that the people of Europe do not want the introduction of secret corporate courts and do want to protect vital public services as well as environmental and labour regulations."

Children in Wales being punished for missing school