Can buy-to-let be easy money?

It’s unusual to hear commentary on the stock market from someone who doesn’t own any stocks. The performance of ISAs isn’t common pub-talk between people who’ve never invested a penny in one. But the buy-to-let market is discussed in a wide range of circles by a wide range of people, many of whom have never owned a single property, let alone a rental one.

One likely reason is how entrenched the concept of property ownership is in the nation’s shared psyche. The aspiration to possess – not just rent – the four walls that surround you is a powerful one.

The buy-to-let market also has a noticeable effect on the wider markets and the country in general. According to the most recent English Housing Survey (2012–13), over one third of households in England are rented, and of that number – some 7.7 million – more than half are rented privately [1]. Between rising house prices and diminishing social housing stock, the private rental is becoming increasingly vital to house the population – and this means that, as with anything in high demand, there is money in it.

But is it easy money?

Confirmed during the Queen’s Speech on Wednesday 4 June was the Pensions Tax Bill, which will give people over the age of 55 the freedom to access their pension funds at their own discretion, paying only marginal tax rates.

When this radical reform was first announced back in March, it led to speculation that large swathes of the 300,000 people who retire every year may turn their attention to the property market, causing house prices to surge. As only a minority of retirees have access to sufficient funds for a deposit on a buy-to-let property, the concerns were almost certainly overblown. However, the Royal Institute of Chartered Surveyors (RICS) believes that options are open to the majority of retirees with only modest pension pots – ‘pooled’ property investment vehicles [2].

Three of the biggest barriers to buy-to-let investment are the entry cost, the ongoing mortgage costs, and the requirement to spend time and money managing and maintaining the property after purchase. Pooled or crowd-funded investments neatly circumvent these obstructions by requiring only a modest up-front investment (starting at around £500 to £1,000, depending on the company) in exchange for a share of the interest in a property [3]. 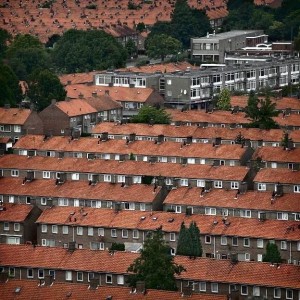 Some companies do not offer guaranteed returns. Others offer rather enticing rates of around 6–7%, as well as a share of the sale profits. The companies tend to target below-market-value properties that are in need of refurbishment, or situated in geographical pockets where housing stock is lower than is typical for the region.

Apart from the illiquidity of the scheme, it seems a viable way to invest money in property with minimal effort and expense. However, by distancing themselves from the process, investors deprive themselves of crucial oversight – the ability to mitigate risk by personally choosing the property, marketing it, choosing its tenants and overseeing its management. If a crowd-funded investment underperforms, there is little a scheme member can do to recoup their investment – and if the company that runs the scheme is forced to sell or fold for any reason, profits are not guaranteed.

Ultimately, the best-performing buy-to-let investments are run like businesses, and by individuals who know that property is neither an easy ride, nor a sure bet. These individuals know that the desired returns rarely if ever materialise in the first 12 months, and sometimes not even in the first 12 years. They are carefully sourced and managed, and risk is carefully apportioned and balanced.

This is not to say that there is not a learning curve – no seasoned landlord entered the sector with the experience he or she has today, and bad decisions are inevitable. But only when you have full control over your asset can you adequately ensure that the fallout from bad decisions (or plain old bad luck) is minimal.

Pound under pressure as markets await BOE and ECB decisions

New FCA rules are not enough