For more than a year now, the drums of war emanating from Israel have become louder and louder with weekly news leaks and threats, including the disclosure of alleged attack plans. The whole exercise seems designed to create a sense of alarm and inevitability.

These warnings have been amplified by statements by American politicians that seem to be occurring with greater frequency.

The escalation of the war on and in Syria, with some spread into Lebanon, only makes the scenarios for regional conflict seem more scary and realistic.

For the most part, in the media at least, Iran has appeared isolated and even crippled by US sanctions while being targeted by noisy statements from Western countries orchestrated by Israel’s backers.

Nations faced with aggression often seek alliances, support and solidarity, and Iran is no exception. The meeting of the non-aligned nations in Tehran, and the decision by UN Secretary General Ban Moon to attend, is raising hackles among western warriors and propagandists.

He is defying the wishes of those nations who insist that his presence will give comfort to the Islamic Republic Israel and the US are furious with his decision to “legitimate” Iran, even though you can expect him to speak critically of the government there to appear “balanced”.

Foreign Policy notes, “U.S. and Israeli officials, including Prime Minister Benjamin Netanyahu, objected to Ban's attendance on the grounds that it frustrates their efforts to isolate Tehran. “Your visit will grant legitimacy to a regime that is the greatest threat to world peace and security," Netanyahu was quoted as saying”.

The UN is an institution was designed to using its good offices to stop war. Its failure to do so effectively at the time of the US invasion of Iraq on the pretext of curbing non-existent WMDs tarnished its own credibility. It must try to avert a conflict likely to be disastrous, while at the same time, using its diplomatic influence to press Iran to stop any threatening behaviour on its part.

Instead of imagining how war with Iran can be contained or avoided, we have websites and TV networks inventing excited scenarios to sell war, not avert it. Armchair generals at think tanks and policy wonks can’t see to wait for the bombs to fly.

Here’s one example: Rense.com speculating on what a war would look like:

“The war began as planned. The Israeli pilots took off well before dawn and streaked across Lebanon and northern Iraq, high above Kirkuk. Flying US-made F-15 and F-16s, the Israelis separated over the mountains of western Iran, the pilots gesturing a last minute show of confidence in their mission, maintaining radio silence.

Just before the sun rose over Tehran, moments before the Muslim call to prayer, the missiles struck their targets. While US Air Force AWACS planes circled overhead–listening, watching, and recording–heavy US bombers followed minutes later. Bunker-busters and mini-nukes fell on dozens of targets while Iranian anti-aircraft missiles sped skyward.

The ironically named Bushehr nuclear power plant crumbled to dust. Russian technicians and foreign nationals scurried for safety. Most did not make it.”

This is the latest form of dramatized sabre rattling that sounds like some alarmist reality TV show, videogame or a Fox News wet dream. These scenarios always make it seem as if a war will be swift and surgical, with no retaliation, and no consequences.

It brings you back to the Neocon fantasies about the “cakewalk” they expected in Iraq, the war that never went as planned, and took a decade to lose before the US was, in effect, tossed out. (Today there are reports that Iraq is actually defying the financial and oil sanctions imposed on its neighbour.)

This doesn’t stop those who seem to be looking forward to the fight they believe is coming. Here’s another site: Polcymic.com:

“In recent weeks, all indications have pointed to an increasingly imminent Israeli strike on Iranian nuclear facilities. Whether it be the account of the reporter who was granted access to observe the Israeli Air Force prepare for a strike and subsequently recounted his belief that Israel is now “closer than ever” to mounting an attack, or the former prime minister warning, “If I were Iranian, I would be very fearful of the next 12 weeks,” Israel has made no attempt to hide the contents of its short-term agenda.”

At least this site is not salivating, also noting: “The fatal flaw of an Israeli assault is that some of the facilities lie underground and out of reach. Worse, many, including Defence Secretary Leon Panetta, fear the “unintended consequences” an Israeli strike could sow The American Security Project, among others, points out that an attack — which would only amount to a flesh wound — would unite Iranians around hard-liners and would not only guarantee further nuclear production, but also legitimize it even in the opinion of Iranians previously opposed to the nuclear program.”

Former CIA Station Chief Robert Greniew has another take. He believes that Iran and the US are calling Israel’s bluff. He says so on AlJazeera:

“Israeli President Shimon Peres, reflecting the concerns of many, said a few days ago that "It is clear to us now that we cannot do this alone. It is clear to us we need to work together with America." That view, we are told, is widely shared within the Israeli defence and intelligence establishments. The military people charged with conducting a pre-emptive strike on Iran are the most likely to resist starting something that they know they cannot finish on their own. They are the ones who realize, despite the uninformed and wishful thinking of some civilians, that long-range air attacks on Iran are unlikely to have more than a marginal impact on its nuclear program unless they are sustained. Israel cannot sustain these attacks. Only the US can.

“But the Americans have made clear that they want to wait. It is at least part of Netanyahu's calculation that credible threats of an Israeli strike during the US presidential campaign season and the Bema administration's desperate desire to avoid it will motivate the US to trade Israeli assurances of near-term forbearance for a more credible and irrevocable US commitment to employ military force if and when evidences of the failure of economic sanctions and the imminence of a hardened Iranian nuclear weapons capability converge.

That is more than understandable, because the only really effective military action to be taken would have to be taken by the US, and the main point of an Israeli attack would be to precipitate it. Though it may not have been their conscious intent, the Americans have in effect called Netanyahu's bluff. If he doesn't realize it, he soon will.”

Let’s not forget that American air-power, while deadly, is not always effective. Remember “shock and awe” over Baghdad or the bombings of Hanoi? They were devastating, but did not achieve their militarily goals.

All of this is war-gaming has to be predicated on the assumption that rationality will prevail on all sides. But as the American political campaign heats up, inflated rhetoric can be expected.

Some currently unanticipated high-profile incident or covert provocation could change the equation creating some 911-type pretext for conflict.

We live in a dangerous world. 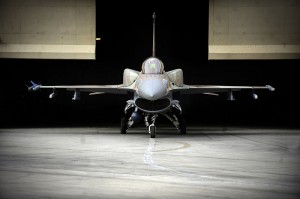 Lacklustre Data Maintains the Impression of a Struggling Housing Market

What state is the UK economy in?