Last night activists from Global Justice Now and Jubilee Debt Campaign projected “Cancel Greek Debt” in giant letters against the German embassy in West London, below a a mock-up of German Chancellor Angela Merkel  as the three wise monkeys (‘see no evil, hear no evil, speak no evil’). The series of projections also included a the slogan “OXI – no to Debt and Austerity.”

The projection is taking place at a critical time for Europe, as European institutions have given Greece a matter of days to agree a ‘bailout’ deal or face eviction from the Eurozone. Like previous bailouts, the money would largely repay outstanding bailout loans, but would also be tied to the very austerity the Greek people rejected in a referendum on Sunday. Germany is playing a decisive and hardline role by insisting that extreme austerity conditions should be applied to Greece, and insisting that no debt relief should be given.

Campaigners argue the debt crisis is not the fault of the people who are suffering austerity and have already seen their living standards plummet, in what is the worst depression in a western country since the Great Depression in the US which followed the Wall Street Crash. They argue that Greece must receive debt cancellation and be allowed to follow pro-growth policies to recover, and that the banks that fed this crisis must be regulated.

They also criticise British Chancellor of the Exchequer George Osborne, who failed on Monday to say he supported debt cancellation for Greece, in spite of fierce questioning from Conservative and Labour backbenchers in Parliament. 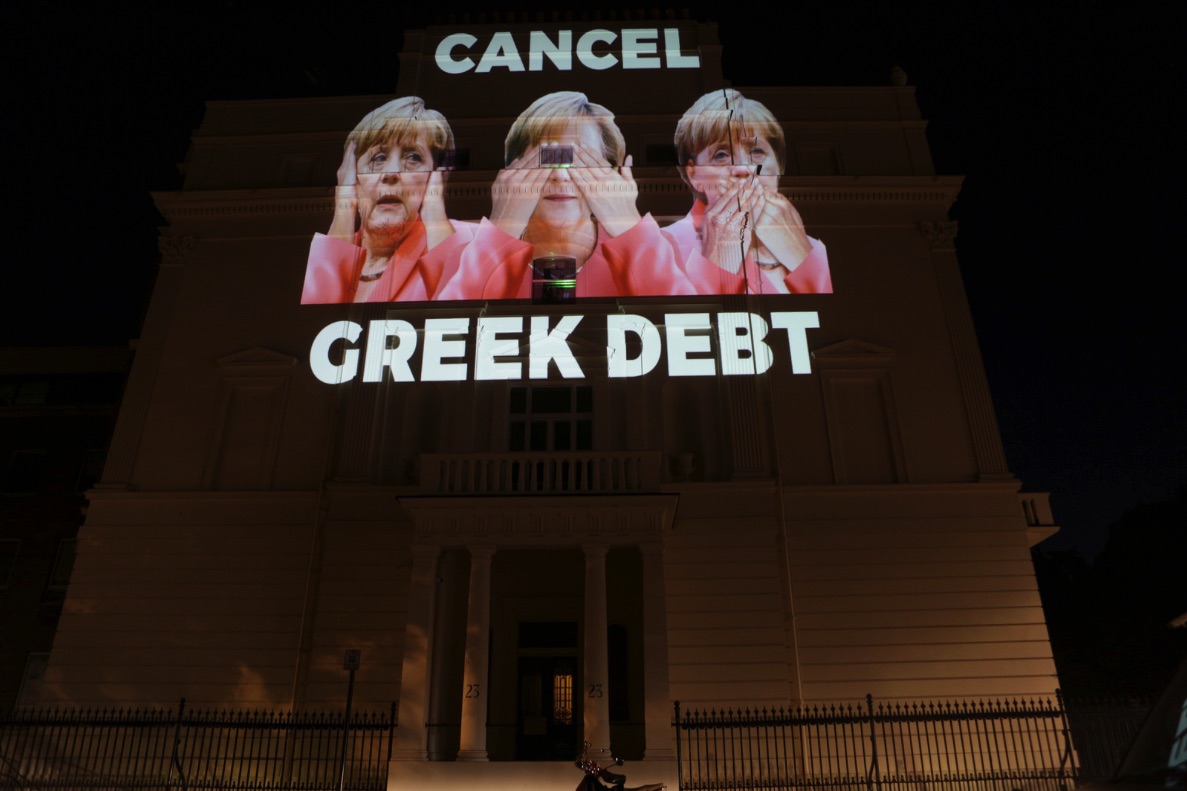 “The policies which the European institutions want Greece to follow are a form of economic torture, being inflicted by those who created the crisis on a people who did not. German banks happily extended unsustainable loans to Greece’s elite in order to flog weapons and other exports. Instead of dealing with the problem – by regulating the banks – the German government is committed to hurting the victim, the Greek people. European governments need to deal with their unwillingness to control finance, extend solidarity to Greece and help that country recover.”

“We are saying to Angela Merkel what David Cameron and George Osborne won’t: Greece needs debt cancellation. Just as for Germany in 1953 and various countries in Africa in the 2000s, it is the only way for Greece to have a chance of escaping the economic straightjacket it is in. But without an end to German and wider Eurozone denial of the severity of Greece's debt crisis, and the extent to which their own banks have benefited from the bailouts, debt relief cannot happen. Even a deal this weekend to save the Euro will simply postpone the day of reckoning, unless it includes clear commitments to wipe the slate clean and drop the debt."